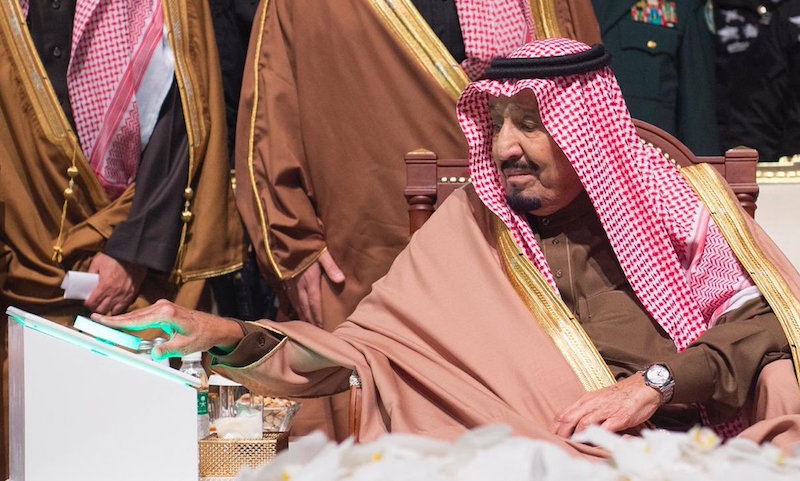 The monarch is currently on a domestic tour of the country.

The king inaugurated a total of 65 development projects in Northern Borders region during a presentation in the city of Arar.

Similar to his visit to other regions, the king also pardoned prisoners in the region who were jailed over debts that do not exceed SAR1m and who were not involved in criminal cases.

He also announced that the government will pay off the debts of those who are unable to repay the amount.

King Salman has launched several projects this week during his visit to the provinces of Tabuk and Al-Jouf.

On Tuesday he inaugurated 151 projects in Tabuk worth more than SAR11bn ($2.9bn), according to state media.

He also previously visited the provinces of Qassim and Hail, both northwest of Riyadh, where he announced several initiatives.

More than 600 projects worth over SAR16bn ($4.26bn) were inaugurated during the king’s visit to Qassim, covering education, housing, roads, environment, water, electricity, public services and other areas, SPA reported.

The king also laid the foundation stone for a “number of development projects” in Hail.

This is King Salman’s first such trip since the 82-year-old acceded to the throne of the kingdom in 2015.