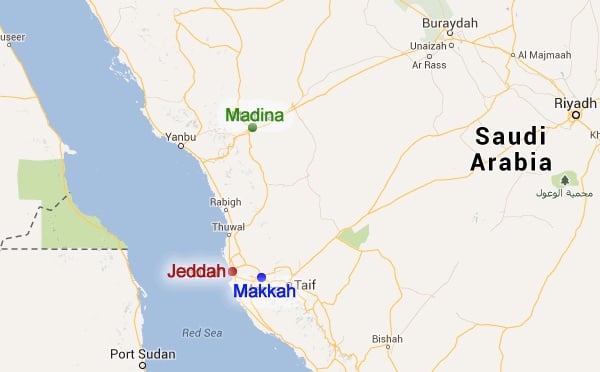 Saudi Arabia’s air forces intercepted two ballistic missiles on Monday, including one heading for Makkah and the other for Jeddah, Al Arabiya reported, citing eyewitnesses.

The weapons were fired by Houthi militants from Yemen, the report said.

The kingdom’s embassy in Washington confirmed on Monday that its air forces intercepted two Iranian-made Houthi missiles in Makkah province.

The Yemeni government said that it strongly condemned the targeting of Makkah, adding that the attempted attack on the holy site was “a full-fledged terrorist act”.

While many have been intercepted, the coalition revealed in September that 112 civilians and residents in Saudi had been killed by nearly 200 missile attacks, while hundreds had been injured.