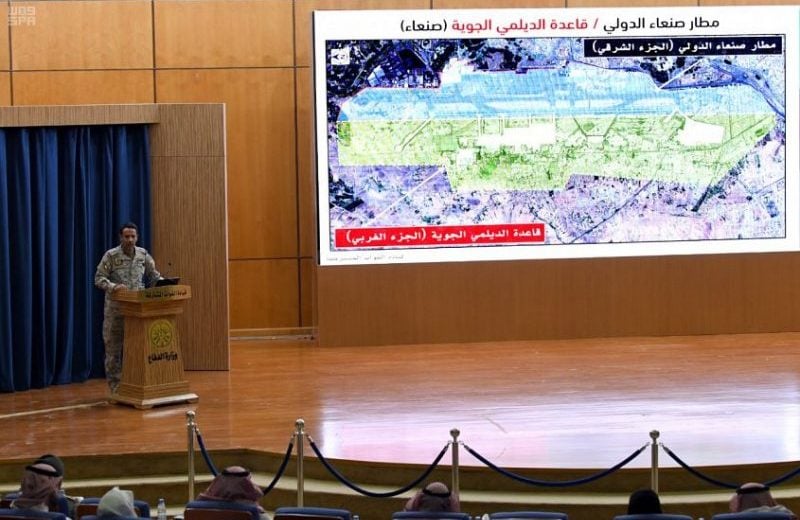 The airstrikes “resulted in the death and wounding of a number of the Houthi members and destruction of militia’s weapons,” the official Saudi Press Agency (SPA) reported.

In a statement on Monday, Colonel Turki al-Maliki, the spokesman for the coalition, also accused the Houthis of not abiding by the Stockholm agreement – the UN brokered peace deal that was reached in December between the Houthis and the government of Abd-Rabbu Mansour Hadi, which was ousted from power in late 2014.

“We all know that since December 18, the Houthi militias have not implemented the Stockholm agreement, especially the provisions of the city of Hodeidah, which includes… handing over of the Yemeni ports in Hodeidah, Saleef and Ras Issa to the government,” al-Maliki said.

He said safe roads remained closed in the city and that the Houthis also fired ballistic missiles and drones from Hodeidah towards Saudi Arabia.

Al-Maliki stressed that the “Houthi militias were carrying out these hostile and terrorist acts, in an attempt to exploit the Stockholm agreement to build up arms, and also to transfer the fighters from and to Hodeidah and carry out military action in Hodeidah province”.

Overall, the Houthis have fired 226 rockets towards Saudi Arabia, he said.

He also said the recent bombing of a warehouse belonging to the Houthi militias in Sana’a by the coalition, which left 10 children dead and injured 100 others, was the “result of an explosion of flammable materials stockpiled by the Houthi militias”.

Al-Maliki also confirmed that the coalition targeted and destroyed the unmanned aircraft facilities of the Houthis at the Dulaimi airbase in Sana’a.