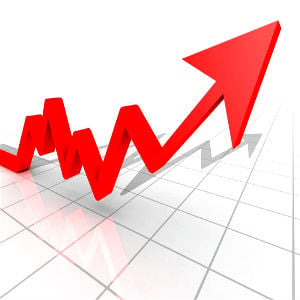 Saudi Arabia’s annual inflation rate edged up to a 14-month high of 5.4 per cent in February, mainly because of higher food and housing costs, state news agency SPA reported on Sunday.

Quoting data from the Central Department of Statistics, the agency said consumer prices increased 0.3 per cent from the previous month in February after a 0.1 per cent rise in January. Food prices climbed 0.5 per cent and housing 0.7 per cent.

The rise in the annual inflation rate was minor, from 5.3 per cent in January, and it is not expected to prompt any tightening of Saudi monetary policy. Inflation is far below a record high of 11.1 per cent hit during an oil boom in July 2008.

The central bank said last month that it expected relative price stability or even a slight decline in inflationary pressures in the near term.

Nevertheless, the latest data underlined how strong economic growth in the country, on the back of high oil prices and heavy government spending, was creating conditions for inflation.

“The concern with the new numbers is the big jump in rent again…in year-on-year we are at the highest since May 2010,” said Paul Gamble, head of research at Jadwa Investment.
“That is something to watch out for. It suggests that new property promised by the government is not going on stream and also that demand is rising.”

Saudi Arabia’s growing population of 27 million, most of whom are under the age of 30, faces a housing shortage; last year the government announced plans to spend $67 billion to build 500,000 new homes over several years.

“Now we expect to see some increase in housing costs as economic activity recovers…Probably we can expect rentals to contribute more to inflation with the overall economic recovery and because demand/supply is still very tight,” said Jarmo Kotilaine, chief economist at NCB Capital.

In other signs of inflationary pressure, bank lending to the private sector rose 11.7 per cent in January, its fastest rate since May 2009; it accelerated from 10.6 per cent in December 2011. The stock market has jumped 17 per cent so far this year with trading volumes running at two or three times last year’s levels.

The largest Arab economy expanded by an officially estimated 6.8 per cent in 2011; it is forecast by a Reuters poll of analysts to grow four per cent this year, but that estimate could be exceeded if oil prices stay high and Saudi Arabia produces more oil to offset part of the supply lost because of international sanctions against Iran.