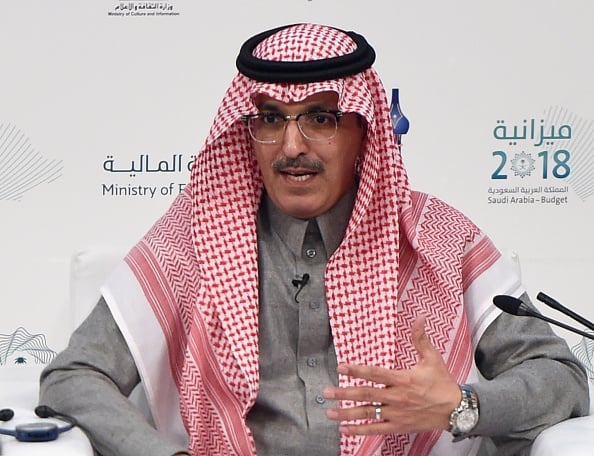 Saudi Arabia has no plans to revise a new fee for companies employing foreign workers or other reforms introduced this year, according to finance minister Mohammed Al-Jadaan.

Since January 1, companies in the kingdom have had to pay a SAR300 or SAR400 ($80-107) monthly fee for each foreign worker, with those that employ an equal or greater number of Saudis than expats paying the lesser amount.

The kingdom also introduced a 5 per cent value added tax rate and increased fuel and electricity prices at the start of the year.

Al-Jadaan, who is in the US for Crown Prince Mohammed bin Salman’s three-week tour, told Bloomberg TV that the government had no plans to slow down its fiscal reforms despite a rise in oil revenues over the last six months.

“Fiscal reforms are not oil price connected,” he said. “We implemented energy price reform again at the beginning of this year despite the fact that oil prices have increased, so we are determined and committed to go on.”

He said the government in particular doesn’t plan to revise the “expat fee” in light of complaints from the private sector.

The Council of Saudi Chambers has called for changes to the levy, including exempting small and medium enterprises, making payment monthly rather than at visa renewal or issuance and extending the timeline for increases from 2020 to 2025.

Chamber officials and other businessman have suggested that anywhere between 30 to 40 per cent of businesses could shut down if no changes are made to the current system.

“There are no plans to revise any of the reforms that we have implemented,” Al-Jadaan said. “These have been modelled for an extended period of time. We knew what the impact is going to be.”