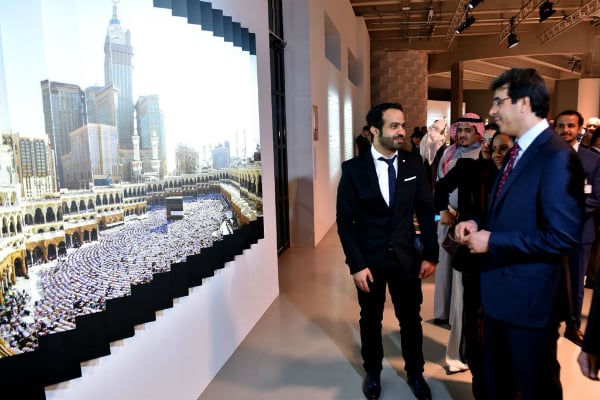 Saudi Arabia has enlisted the help of France to establish a national opera and orchestra under agreements signed on Monday.

The deals, signed during Crown Prince Mohammed bin Salman’s two-day visit to France, will see the Paris Opera help the kingdom produce its own classical music and shows, according to Saudi Gazette.

“Today an agreement was signed with the Paris Opera to help Saudi Arabia set up a national orchestra and an opera,” French culture minister Françoise Nyssen was quoted as saying.

The minister and his Saudi counterpart Awwad Al-Awwad also confirmed that Saudi Arabia will officially participate in the Cannes International Film Festival for the first time next month with two nominated films and a special pavilion for the recently formed Saudi Film Council.

Other pacts were signed for executive programmes in the field of filmmaking with the Institut La Femmes de Film, the National Institute for the Preservation of the Audiovisual Heritage and the Department of Digital Archiving.

Al-Awwad said the deals were the basis for a “new phase in which the culture and art in the kingdom will be presented to the world”, according to Saudi Press Agency.

The announcements follow a dramatic shift in the conservative kingdom as it seeks to embrace previously banned entertainment and cultural attractions to diversify the economy and bring home tourism money spent by Saudis abroad.

This month the kingdom will open its first new cinema in decades through an agreement between US brand AMC Entertainment and Saudi’s Public Investment Fund to open 40 theatres over the next five years.

UAE malls and retail group Majid Al Futtaim (MAF) has said it could open 300 cinemas in the kingdom during the same period.

On Friday, the kingdom announced the formation of the General Authority for Culture (GCA) with a 13-member board including artists, filmmakers, executives and government officials.

Read: Allies of Saudi crown prince appointed to board of new culture authority

“The establishment of the General Authority for Culture is an essential factor for the development of cultural work in the kingdom. There is clarity in what cultural sectors we want to focus on in the coming period in cultural development, especially film, theatre, literary work in general, folklore, music and arts,” said Al-Awwad.