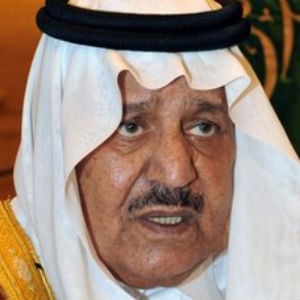 Analysts and former diplomats said the succession process was likely to be stable, however, with the king and a family council expected to start work on the appointment of a new crown prince, who would probably be another brother of King Abdullah.

“With deep sorrow and grief… King Abdullah mourns his brother… Crown Prince Nayef who passed to the mercy of God on Saturday outside the kingdom,” said a royal court statement carried by state media.

State TV said Nayef had died in Geneva where he had been receiving medical treatment for an unknown problem – he was thought to be 78.

His death was not expected to trigger any major changes to the kingdom’s energy policy or to key relationships with the United States and other allies.

“The fundamental principle that the Saudis operate under is stability. So they will I’m sure develop a consensus among the senior members of the family over an orderly succession. That has likely been forming in recent months in any event,” said Robert Jordan, U.S. ambassador to Riyadh from 2001-03.

Defence Minister Prince Salman, 76, has long been viewed as the next most senior prince after the late Nayef. If he became king, analysts believe he would continue King Abdullah’s cautious reforms.

Nayef, interior minister since 1975, was appointed crown prince in October after the death of his elder brother and the previous heir Crown Prince Sultan.

State television said the burial would be in Mecca on Sunday.

In a statement, British Foreign Secretary William Hague expressed his government’s condolences, saying he was sad to hear of Nayef’s death.

“He served the Kingdom for many years with great dignity and dedication and his contribution to the prosperity and security of the Kingdom will be long remembered,” said Hague.

Nayef had a reputation as a steely conservative who opposed King Abdullah’s reforms and developed a formidable security infrastructure that crushed al Qaeda but also locked up some political activists.

“He supervised the security affairs of the state for more than 30 years. He scored a lot of successes there. Especially in fighting al Qaeda,” said Khalid al-Dakhil, a Saudi political analyst.

In May, Nayef went to Switzerland for medical tests, his second trip abroad for check ups for an undisclosed health issue since March.

Like his brothers King Abdullah and Salman, he was one of the nearly 40 sons of Saudi Arabia’s founder, Abdulaziz ibn Saud, who established the kingdom in 1935.