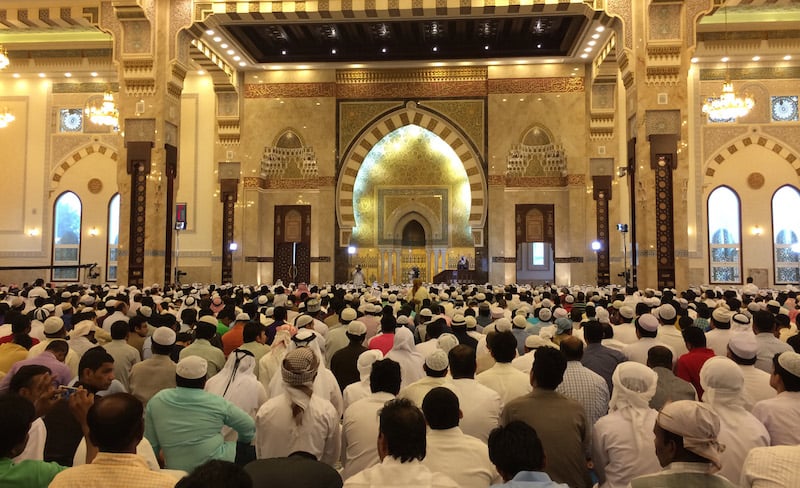 The UAE’s moon-sighting committee has announced that Friday, June 15 will be the first day of Eid Al Fitr, marking the end of the holy month of Ramadan.

The committee, chaired by Sultan Bin Saeed Al Badi, minister of Justice,  made the announcement after it held a meeting on Thursday evening after Maghreb prayer at the Abu Dhabi Judicial Department.

Al Badi said in a statement that after exhausting all legitimate methods and making contacts with neighbouring countries, the Shawwal moon was sighted and therefore Friday, June 15, 2018 will be the first day of Shawwal 1439 Hijri.

Earlier, Saudi Arabia also confirmed that Friday, June 15 will be the first day of Eid Al Fitr following the sighting of the crescent moon.

The sighting of the moon signals the end of the holy month of Ramadan – when Muslims fast from sunrise to sunset – and the start of the month of Shawwal.

The UAE has already announced that public sector workers will be off from Thursday, June 14 until the third day of Shawwal – which will fall on Sunday, June 17. Meanwhile private sector workers have been given leave for the first two days of Eid Al Fitr – meaning they will return to work on Sunday.

However, school children in Dubai will be off from Thursday to Sunday for Eid, the Knowledge and Human Development Authority said on Tuesday.

The Roads and Transport Authority (RTA) has also confirmed parking timings during the Eid holiday.

Also read: Du to offer free wifi across the UAE for Eid

Last week, Oman’s government declared that both private and public sector workers in the country will be off from Thursday, June 14 until Monday, June 18. They will resume work from Tuesday, June 19.