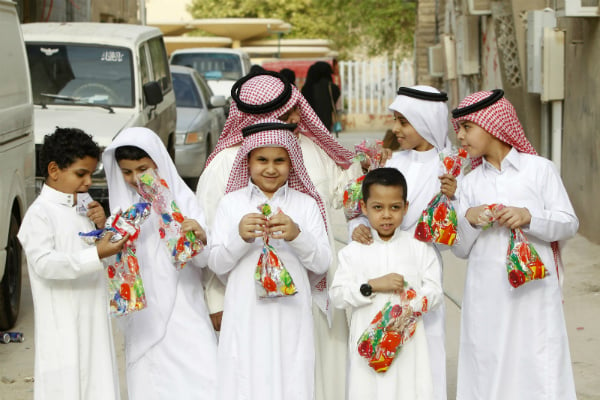 Under the plans, government and military staff will receive around a full working week off to mark the holiday, which falls at the end of Ramadan.

The exact start date of Eid has yet to be officially announced but an astronomer in Sharjah said this week that it will likely begin on Friday, June 15.

Saudi’s Ministry of Islamic Affairs issued a circular to imams and preachers on Wednesday regarding potential changes to opening and Friday prayer times at mosques if Eid does fall on June 15.

As Friday and Saturday are the weekend in Saudi Arabia, King Salman’s directive appears intended to ensure the 2018 Eid break is not shortened.

Affected employees in the kingdom will resume work on Sunday, June 24.

Elsewhere, Oman’s government said on Wednesday it would have a national holiday for both pubic and private sector workers from Thursday, June 14 until Monday, June 18, to mark Eid Al Fitr.

Work will resume in the sultanate from Tuesday, June 19.

Employees across the Gulf are also expected to receive two to three days off to celebrate Eid.

The sighting of the moon crescent marks the end of Ramadan – when Muslims fast from sunrise to sunset – and the start of the Shawwal month.