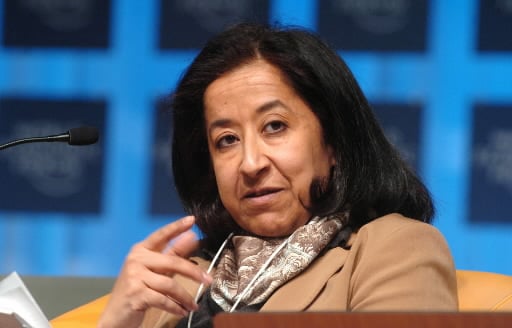 Saudi Arabia’s richest woman Lubna Al-Olayan has reportedly suggested that private sector companies have struggled with the pace of the kingdom’s reforms in their first year.

Speaking in Riyadh during a panel session, the CEO of family business Olayan Financing Co said private sector firms were “very excited” about the kingdom’s Vision 2030 diversification plan, according to Bloomberg.

“But I think the execution the first year, the execution of this plan has been a little bit — in some ways, we as the private sector have found it too much to absorb,” she was quoted as saying. “So this has been a challenge.”

Recent changes have seen employment in certain sectors restricted to only Saudi citizens, while the kingdom has also made it harder to employ foreign workers.

Often cited in female power lists, Olayan also used the rare public appearance to detail new opportunities for women in the kingdom, who are a key focus on the 2030 reforms.

Over the last year, an increasing number of job roles have been opened to the female workforce and the kingdom has also sought to encourage companies to provide segregated facilities for their female staff.

A recent ruling by Saudi’s King Salman also allowed women to utilise certain government services without the consent of a male guardian.

Olayan said her group employed more than 540 women who had given “quite a bit of challenge to young men who thought that the platform was all theirs”, according to the publication.

Reuters reported earlier this month that the Olayan family planned to list its Saudi business, which could be valued at $2bn-$3bn in an IPO.