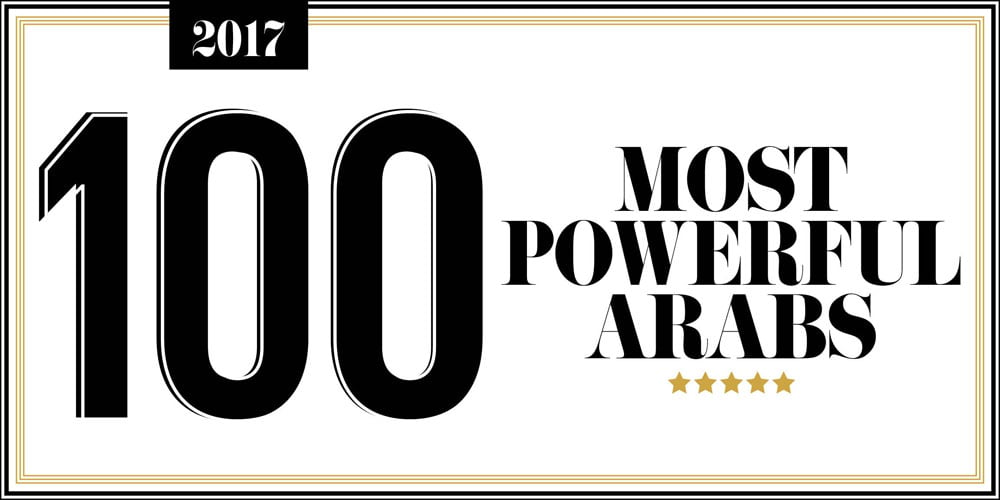 The last 12 months has been a period of challenge, uncertainty and change for many from the Arab region. But despite, economic, political and social headwinds the 100 individuals on our 100 Powerful Arabs list were able to maintain their power and influence, and in some cases stand taller than ever before. Read on to find out which business leaders, models, megastar musicians, inspirational women and athletes stood out from the crowd in 2016 and are in good stead to continue making waves in 2017. For the sixth year running Gulf Business counts down the most powerful Arabs from across the world.

How we did it

This year’s Arab Power List was selected by our team of leading business editors at Gulf Business. We took an in-depth look at the movements of those who had made their mark in the Arab world during 2016, using our broad knowledge base to promote, demote or consolidate existing entrants’ positions, as well as to identify and assess potential new entries that have emerged throughout the year. The ‘power 100’ format reflects the sheer number of people from the Arab world making an impact.

As in previous years, everyone in our ranking was weighted under the following criteria:

In general, politicians and royal family members were excluded unless they had an unassailable leaning towards corporate activity.

The resulting list is intended to be an inspirational representation of some of the Arab World’s greatest businesspeople, influencers, thinkers, achievers and future stars.

We trust this list will incite vigorous discussion and we look forward to your feedback.