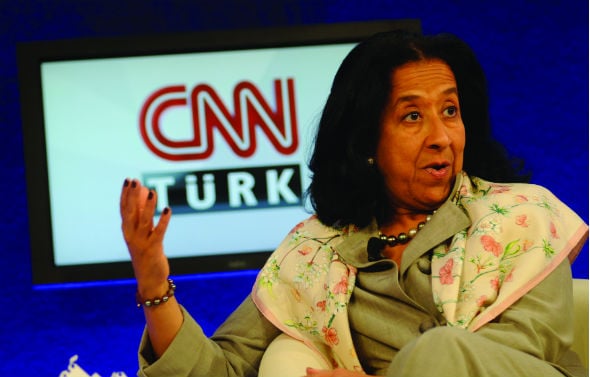 The Olayan family, which controls one of Saudi Arabia’s largest conglomerates, is considering listing at least 30 per cent of its Saudi business in a sale that could value the company at several billion dollars, banking sources say.

Olayan Financing Company is working with Banque Saudi Fransi Capital, which has a deep relationship with the firm, on the potential listing on the Saudi stock market but the sources said the process could take at least a year to complete.

The company could be valued at $2bn to $3bn in an initial public offering (IPO), one of the banking sources said.

Olayan and Banque Saudi Fransi officals did not immediately respond to Reuters queries for comment.

Established in 1947, Olayan is involved in product distribution, manufacturing, services and investment, often alongside leading multinational such as Coca-Cola Co and Colgate-Palmolive Co.

Olayan also has international investments, including a stake of 10.7 per cent in Credit Suisse, including options. It has property investments across Europe and the United States and bought 550 Madison Avenue in Manhattan, otherwise known as the Sony Tower, last year in partnership with London-based Chelsfield, according to Olayan’s website.

The government has been keen to encourage more family businesses to consider listing as a way to bost investment in capital markets and improve corporate governance.

One of the sources said as two of the conglmerate’s senior figures, Lubna and Khaled Olayan, were both close to retirement a listing was a way of ensuring succession planning.

A former JPMorgan Chase & Co. analyst, Lubna is the chief executive of Olayan Financing Company, which holds and manages all of the Olayan Group’s businesses and investments in Saudi Arabia and the Middle East.

She also wields considerable influence outside the company. In 2004, she became the first woman to be elected to the board of Saudi Hollandi Bank, now called Alawwal Bank. Last year, Lubna was one of four new appointments by government-owned Public Investment Fund (PIF) to the board of Ma’aden, the Gulf’s largest miner, in which PIF owns 49.99 percent. Mining is a sector of strategic importance to the government.

The Olayan family also holds 21.76 per cent of Alawwal Bank and 16.98 per cent in Saudi British Bank (SABB), Saudi lenders backed by Royal Bank of Scotland and HSBC Holdings respectively.

Bloomberg had earlier reported the company’s plans for an IPO.