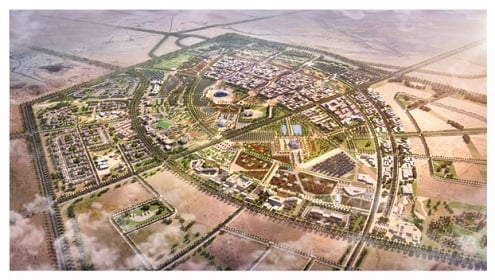 Spread across about 10 million sqm in the new Taif city, the project will feature museums, recreational areas, hotels, schools and a convention centre.

It will be developed in coordination between the public and private sector, with the latter expected to account for 89 per cent of the investment, according to the Saudi Commission for Tourism and National Heritage (SCTH).

The approved budget for the project under the National Transformation Program 2020 is SAR815m ($217m), which will be allocated for creating major infrastructure projects, in addition to few cultural, recreational and educational projects.

Under the plans, the five main public-sector projects include interactive learning museums; an Okaz Museum; an exhibition and convention centre; an Arab poetry Academy which will host festivals, heritage events, poetry and theatre fairs throughout the year; and Okaz park – which will have an open-air theatre and a handicrafts centre.

The mega project is anticipated to create more than 15,000 jobs, of which 80 per cent will be reserved for young Saudis, Arab News stated.

The foundation for the project was laid by Prince Khaled Al-Faisal, governor of Makkah and adviser to King Salman, during the opening of the annual Souq Okaz festival last week.

Along with the new heritage project, the wider Souq Okaz City will also develop a suburb with housing for about 750,000 people, a new international airport with the capacity to handle five million passengers a year in its first phase, a technology hub, Taif University, and an industrial city.

Saudi has been focussing on boosting its tourism sector as part of its ambitious Vision 2030 strategy to diversify its economy away from oil.

As part of the strategy, the kingdom aims to attract 1.5 million tourists by 2020 and increase the revenue generated from tourism to 18 per cent in the next 14 years, according to reports. Currently the number of tourists visiting the kingdom stands at around 200,000.