It is also aiming to attract tourists with interest in culture, history and nature by highlighting the ruins of Madain Saleh, the kingdom’s first UNESCO Heritage Site, and a nature reserve with local flora and fauna.

Other elements of the plan include opportunities to explore extinct volcanoes in nearby Harat Alrahat and the coral reefs off the shore through diving tours.

The project is being undertaken by the sovereign wealth fund the Crown Prince chairs, the Public Investment Fund (PIF), and is part of a new “qualitative” focus on tourism and hospitality as part of the Vision 2030 reforms.

The new development is described as aiming to promote international tourism by “opening the Red Sea gate to the world” and most nationalities will not require a visa to visit unlike the rest of the country where foreign travel is typically limited to business, family connections and pilgrims.

It is aimed to boost the local economy by SAR15bn ($4bn), provide 35,000 jobs and welcome one million visitors annually, Saudi Press Agency (SPA) said on Twitter. 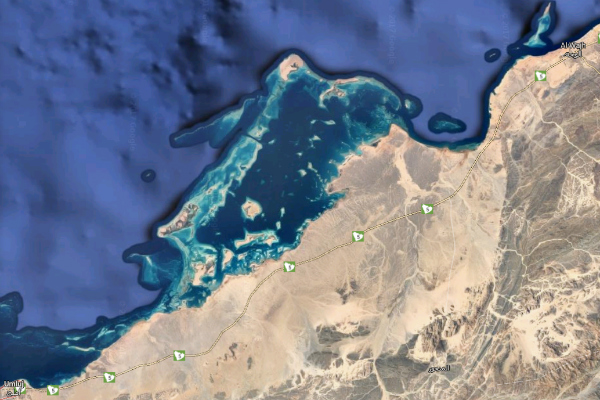 Under the plans, nearby heritage sites will be restored to handle visitors and new environmental sustainability laws and mechanisms will be developed to preserve the area’s natural beauty.

The foundation of the project will be laid in the third quarter of 2019 and the first phase is aimed to be completed by the fourth quarter of 2022 to coincide with the development of an airport, port and hotels and luxury residences.

Facilities and infrastructure and water transport services are also aimed to be completed within this time frame.

PIF will provide initial investment for the project and seek partnerships with international companies to bring in other funds.

“The project will attract the world’s leading names in the tourism and hospitality sectors to harness its expertise, competencies and financial investments to enrich the experiences of this destination, provide more value to its visitors and maximise the economic gains of the kingdom,” according to a statement on SPA.