Two militants blow themselves up in Jeddah - Gulf Business 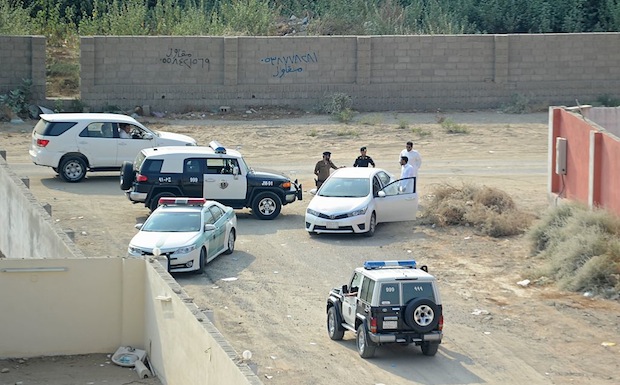 Two men accused of planning attacks against Saudi Arabia blew themselves up following a confrontation with security forces in the city of Jeddah on Saturday, the interior ministry said.

Saudi security forces surrounded a house in Jeddah’s easten Al-Harazat district and exchanged fire with the men, who blew themselves up, an interior ministry spokesman was quoted as saying by state news agency SPA.

A Saudi man and his Pakistani wife alleged to have links to the men were arrested, the spokesman said.

Saudi-owned Arabiya TV showed footage of smoke rising above Jeddah and an explosion tearing through a building.

ISIL has carried out a series of bombings and shootings in Saudi Arabia since mid-2014 that have killed scores of people, mostly members of the Shi’ite Muslim minority and security services.

Last year, a suicide bomber was killed and two people were wounded in a blast near the U.S. consulate in Jeddah, the first bombing in years to target foreigners in the kingdom.