Suspected suicide attack near US consulate in Jeddah - Gulf Business 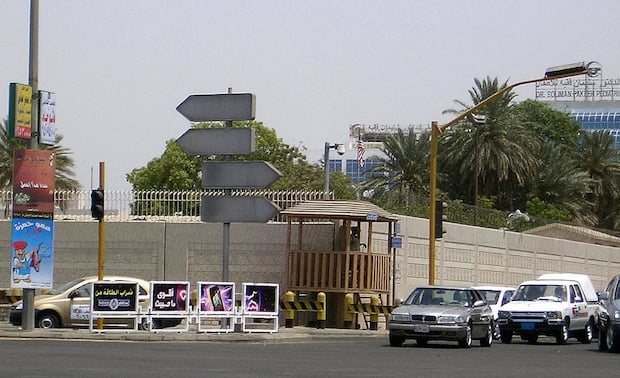 A suspected suicide bomber blew himself up close to the US consulate in the Saudi Arabian city of Jeddah, according to reports.

The attack, which happened in the early hours of Monday, reportedly left two security officers injured.

Security guards became suspicious of a man in the parking lot of the Dr Suleiman Faqeeh hospital at around 02:15am, interior ministry spokesman Maj-Gen Mansour al-Turki said in a statement. The hospital is located directly opposite the US consulate.

As the guards approached the man, “he blew himself up with a suicide belt inside the hospital parking,” the statement said. 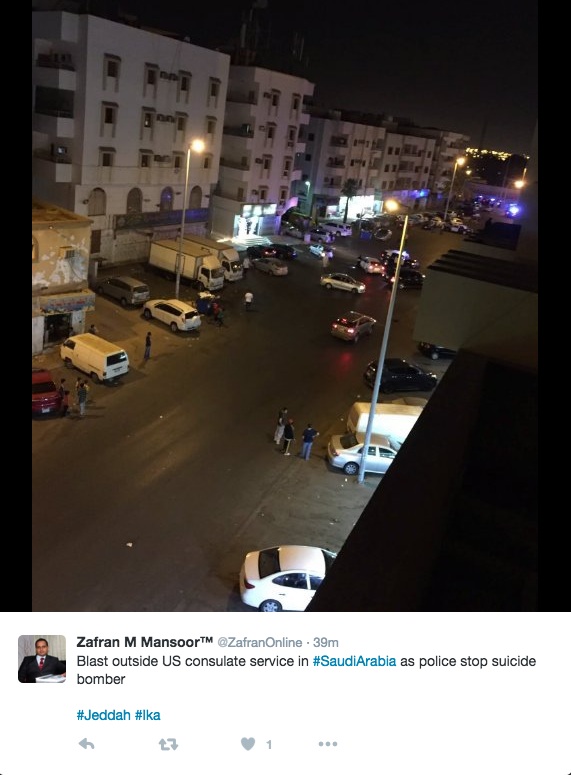 Two officers were slightly injured as they tackled the man.

The ministry said investigations were on to identify the culprit.

The US State Department said that it “can confirm that all personnel under chief of mission authority are accounted for at this time”.

The US embassy in Saudi Arabia also issued a warning, asking Americans in the kingdom to “remain aware of their surroundings, and take extra precautions when travelling throughout the country”.

An attack on the US consulate in Jeddah in December 2004 left nine people dead.