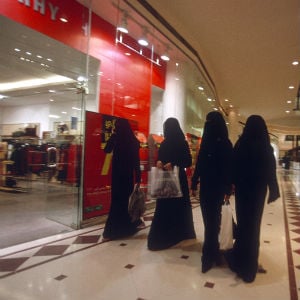 Only women will work at cosmetics and perfume shops in Saudi Arabia from June 30, according to local daily reports.

“The decision was made last year. The shops had enough time to prepare themselves for employing saleswomen,” Fahd Al-Tikhaifi, assistant secretary of the ministry of labour for development told Arabic daily Al-Madinah.

Al-Tikhaifi said that the implementation of the decision may face initial hurdles as perfume shops also sell fragrance for men. “While cosmetics are only for women, perfumes could be for both men and women,” he said.

However, he added that the decision would not have an impact on Saudisation or the openings available for men.

“The decision is mainly designed for Saudi women. It has nothing to do with Saudi men or foreign women,” he said.

Al-Tikhaifi also said that while a medium-sized store could employ between two to five women, the overall ratio of Saudi women employed in this sector would be very large.

The latest decision follows a government ruling implemented in January this year that prevents men from working at lingerie shops in the Kingdom.

He said that women would replace salesmen in 7,353 stores across the Kingdom.

In March this year, officials also shut down 600 lingerie shops for continuing to employ salesmen, the Saudi Gazette reported. The government also warned 30 other stores to comply with the law.

“Ten per cent of women’s shops located in traditional and old markets [in Jeddah] have not hired women because women have not shown any interest in working in these shops,” Muhammad Al-Shehri, chairman of the textiles and readymade clothes committee at the Jeddah Chamber of Commerce and Industry told the paper.

But 90 per cent of shops have complied with the decision and hired around 1,500 female workers, he said.

Sales have also increased by 30 per cent because of the new move, he added.