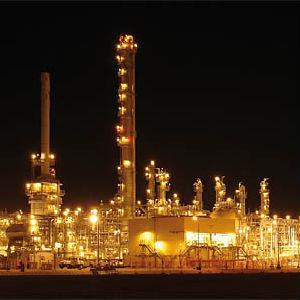 SABIC, which is 70-per cent state-owned, said second quarter net profit was SAR5.3 billion ($1.41 billion) for the quarter ended June 30, down from SAR8.1 billion in the prior-year period.

Analysts had forecast, on average, profit of SAR6.58 billion, in a Reuters poll.

It declared a two-riyals per share dividend on Wednesday, for the first half of 2012.

The bellwether Middle East conglomerate, which supplies chemicals, industrial polymers, fertilisers and metals globally, blamed the lower profits on a combination of weaker product pricing, the impact of plant maintenance on production and sales volumes as well as higher raw materials costs.

SABIC’s profits had fallen in the two previous quarters amid slipping demand in China. But record earnings in the second and third quarter of 2011 helped it achieve a bumper year.

The conglomerate’s products are used in a wide variety of industries, from car manufacture to house construction and cheap retail goods making it highly sensitive to movements in the global economy.

SABIC enjoys a comparative advantage over some other chemical producers because much of its feedstock comes from subsidised natural gas supplied by the government.

SABIC said in June it was repaying an SAR8 billion Islamic bond, or Sukuk, ahead of time.

The company’s shares fell 0.3 per cent on Tuesday on the Saudi bourse to close at SAR86.25, hovering near Sunday’s 15-month closing low of SAR85.25.