Review: Should you buy the iPhone SE? - Gulf Business 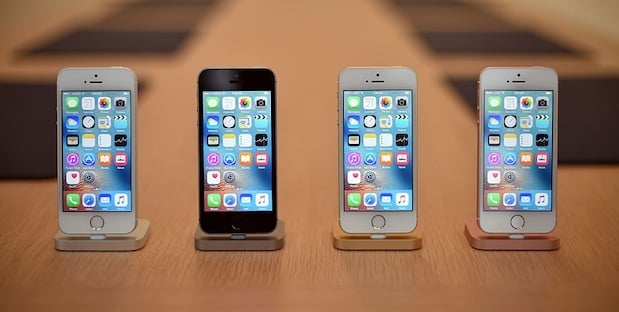 I have to start with a disclaimer – I have been using a bigger sized phone for sometime now, hence the smaller iPhone SE fit far too snugly into my hand – too snug for comfort.

Apple launched the iPhone SE specifically for those users who love a small-screen device and still cling on to their iPhone 5s phones.

While launching the product, Apple’s senior vice president of Worldwide Marketing Philip Schiller said: “iPhone SE is an exciting new idea — we started with a beloved, iconic design and reinvented it from the inside out. The result is the most beautiful and powerful phone with a four-inch display in the world.

“Everyone who wants a smaller phone is going to love iPhone SE.”

So coming back to my disclaimer, I found the device slightly less convenient to use, especially when browsing for flight tickets and hotels (where you have to constantly key in dates, timings etc).

But despite its size, the iPhone SE is very quick and receptive. Featuring an A9 chip – similar to the iPhone 6s, downloading and streaming content is really fast.

The phone also borrows several other features from its predecessor such as its 12MP back camera featuring Live Photos and 4K video facilities. The good thing is that not only can you click high-quality pictures, the LED display on the phone is also much brighter and sharper, giving you a better view of the image.

Another good feature that the device has carried over is the responsive Touch ID sensor, which works great. The SE also comes with Apple Pay ( although the feature hasn’t quite picked up in the United Arab Emirates as yet).

But I think the most attractive part about the phone is its price. At Dhs 1,649 in the UAE, the SE is much more affordable to several people and with its premium look and features, might tempt many smartphone customers to become first-time Apple buyers.

With Apple now expanding its presence in the UAE, the SE will help the company reach out to a much larger audience, especially in a time of declining smartphone demand in the region.