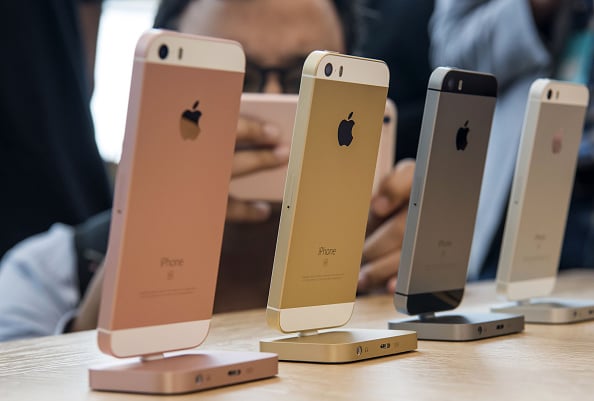 Apple launched a new smaller and cheaper iPhone on Monday, along with a 9.7-inch iPad Pro and other software advancements.

In line with rumours, the iPhone SE with a 4-inch display includes features similar to the iPhone 6s such as a A9 chip, a 12MP camera featuring Live Photos and 4K video and Touch ID with Apple Pay.

It runs on iOS 9 and has improved Siri features and a new night shift feature that uses the clock and geolocation to automatically adjust the colours in the display.

According to Apple, iPhone SE users will also be able to browse, download and stream content with wifi up to three times and LTE up to 50 per cent faster than the iPhone 5s.

Apple’s senior vice president of Worldwide Marketing Philip Schiller said: “iPhone SE is an exciting new idea — we started with a beloved, iconic design and reinvented it from the inside out. The result is the most beautiful and powerful phone with a four-inch display in the world.

“Everyone who wants a smaller phone is going to love iPhone SE.”

The iPhone SE will be available in 16GB and 64GB models starting at Dhs 1,649 in the United Arab Emirates from early April. Apple-designed accessories including leather cases in black and midnight blue will also be available for Dhs 149.

The iPhone SE is Apple’s second attempt at reaching out to a lower price-point. It launched the iPhone 5c – multi-coloured plastic body device in September 2013.

“iPad Pro is a new generation of iPad… It’s incredibly fast, extremely portable, and completely natural to use with your fingers, Apple Pencil and Smart Keyboard,” said Schiller.