It’s hard to describe the year we have faced. The Covid-19 pandemic has shattered economies and livelihoods on one hand and yet, on the other, it has also transformed and revolutionised technologies and ways of living and working.

Accordingly, since the 2020 list was published, we have seen huge shifts in the fortunes of several business stalwarts on the Gulf Business Arab Power List.

While some leaders have managed to steer their companies to not just survive the tough year, but also emerge successful, others have played a key role in driving philanthropic efforts to support the vulnerable during the crisis. Yet others have innovated to take a leap out of this world – quite literally.

This year’s list welcomes 28 new entrants, including eight from Qatar. 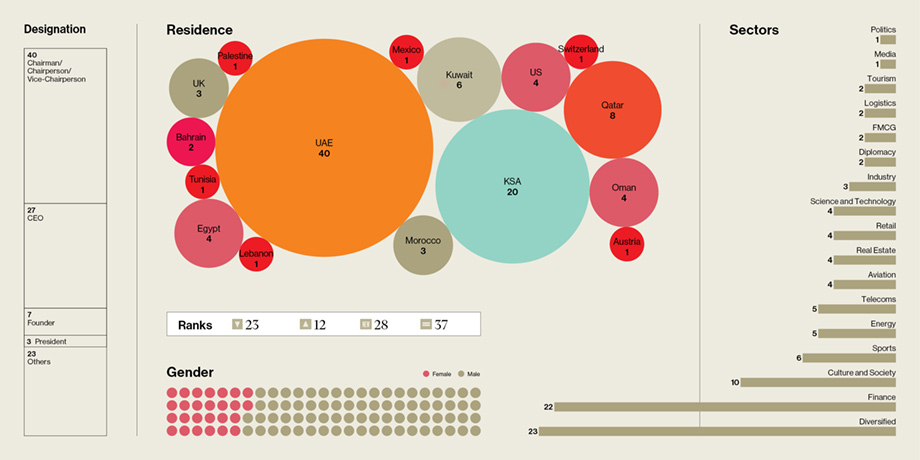 Gulf Business looked at the events of 2020 and judged each individual case on the basis of four criteria: financial capital, human capital, expansion plans and personal fame levels.

In general, Gulf Business has excluded politicians and royalty, unless the contenders have a strong leaning towards business activity. We have included Arabs from across the world.