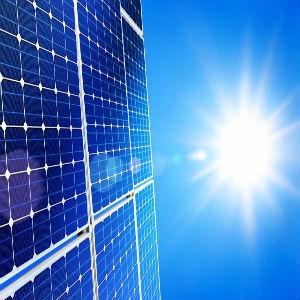 Renewable energy targets for the GCC are unrealistic and government efforts to meet them may not be successful.

That’s the opinion of a leading expert on the matter who believes while the region’s goal to have a renewable energy market of 25 gigawatts by 2020 is applaudable, the infrastructure, skills and funding is not in place to support it.

“The aim of 25 gigawatts is too stiff, too tall a target and it probably won’t happen,” said Abhay Bhargava, head of energy at Frost & Sullivan.

“There is movement going on but it’s just not sufficient. The governments aren’t going about it the right way; they’re appointing the wrong units. One third to a half is the best case scenario for the goal of 25 gigawatts.”

Bhargava believes while a move to a dependence on renewable sources would create jobs, skilled workers are not in place and infrastructure could be a breaking point.

“The issue today is inadequate regulatory framework. The framework is just not there to handle 25 gigawatts in the next eight years.

“The job creation is a huge demand driver for the move; there is a huge impetus on renewable growth. But at the moment there is a lack of a skilled workforce. We don’t see enough effort in the GCC today to train people, and that is an issue.”

Discussing the importance of renewable energy for the GCC region, as many countries now vocally declare their support for a move away from sole dependence on oil and natural gas reserves, Bhargava suggested solar and wind powered energy will be the two fastest growing markets.

“There is a huge future in solar and wind power as we go ahead. Concentrated solar power is expected to grow 40 per cent by 2020 and wind power by up to 20 per cent. These are being touted assome of the big markets now.”

Speaking to Gulf Business last week, Dr Naser Saidi, chief economist at DIFC, also emphasised the need for GCC countries to be cautious with their oil reserves and to stop relying on them for financial purposes.

“We should be using bonds and sukuks for financing. Oil should be left for future generations – once it’s gone, there’s nothing.”