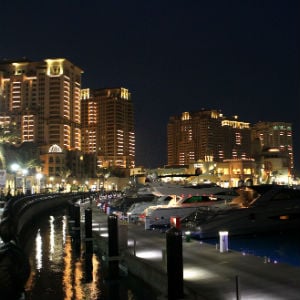 Qatar’s United Development Company (UDC), builder of the man-made Pearl Island project, said on Sunday that an investor is still interested in becoming a strategic shareholder, just weeks after withdrawing its offer.

UDC, whose president resigned last month, saw a deal to raise QAR160 million ($43 million) through a share issue fall apart after a state pension fund pulled out in a dispute over the timing of its investment.

Qatar’s Pension and Social Insurance Authority withdrew its offer to take up 80 million new shares last month after UDC objected to its demand to join before the developer’s annual general meeting, when bonus shares will be distributed to existing shareholders.

On Sunday, the developer said it received a new letter from Qatar National Bank, acting on behalf of the investor, indicating it still wants to be a strategic investor, according to a statement on UDC’s website.

“The said shareholder still wants to join the company as a strategic shareholder by way of increasing the capital,” UDC said, quoting the letter.

UDC, listed in 2003, has interests in real estate, infrastructure, manufacturing and hospitality. Its flagship project, the Pearl Qatar, is a mixed-used development on an artificial island off the country’s coast.