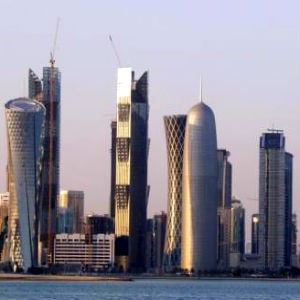 Qatar has weathered the global crisis with “high growth and large external current account and fiscal surpluses,” according to the latest country report on Qatar released by the IMF.

The country saw a real GDP growth of 19 per cent in 2011, up from 17 per cent in 2010, said the report. Qatar’s nonhydrocarbon sector increased by nine per cent, mainly driven by manufacturing, financial services, trade and hotels.

“Government intervention in the banking system has ensured financial stability, and it is using its fiscal space to implement a large public spending program to maintain strong growth in the nonhydrocarbon sector,” said IMF.

“The economic outlook for 2012 and beyond looks favourable, despite increased external risks. The main downside risks are lower hydrocarbon prices and potential disruption in transportation of liquefied natural gas (LNG) due to increased geopolitical tensions,” said the report.

IMF projects real GDP growth rate at six per cent in 2012, with real hydrocarbon GDP expected to slow down to three percent.

Qatar should reduce its vulnerability to hydrocarbon price fluctuations through fiscal management, diversification into other sectors of the economy and reinforcing competitiveness, said IMF.

While Qatar intends to fully finance its budget from nonhydrocarbon revenues by 2020, an analysis by IMF experts found that reducing fiscal dependency on the hydrocarbon sector would take “considerable time.”

They estimate that nonhydrocarbon revenue will only cover about 63 per cent of the total expenditure by 2016/17, and hence advised authorities to take more measures, such as saving more during boom-time.