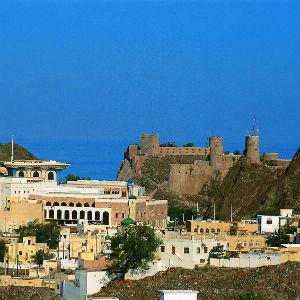 The property arm of Qatar’s sovereign wealth fund, Qatari Diar, has signed a memorandum of understanding (MoU) with Oman’s Ministry of Tourism to develop three mixed-use developments in the sultanante.

A five-star luxury hotel resort and spa is planned for Ras Al Hadd in Oman’s Sur district, consisting of residential villas, apartments, souks, a marina and villa plots. The project’s value was not cited.

Mohammed bin Ali al-Hedfa, CEO of Qatari Diar, said: “We are extremely thrilled with the signing of this MoU, which signifies our commitment to investing in the tourism sector of the brotherly state of Oman.

“It is an important country to us, and one full of promises.”

Earlier in the year Gulf Business reported how Oman will add over 2,000 additional hotel and resort rooms to its portfolio by 2012/2013, with 726 rooms planned for Muscat and more for niche resorts such as Salalah, Khasab, Duqm and the Hajar Mountains.

Speaking at the time, Maitha Al Mahrouqi, undersecretary of the Ministry of Tourism said: “Oman is seeing strong investor demand in the sector, especially in niche properties.

“This is from government sponsored joint ventures through OMRAN and increasing Omani participation. Our approach is to ensure five star developments are located in five star natural landscapes.”

Diar made a $700 million deal in April to build a development in Washington D.C. – its first significant investment in the United States property market.

Al-Hedfa confirmed in March the firm was eyeing investment in emerging markets for 2012 while actively looking at other opportunities in the U.S.