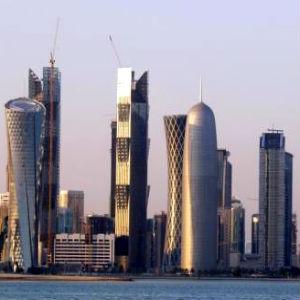 Qatar, the world’s biggest liquefied natural gas exporter, has picked Standard Chartered, Deutsche Bank, HSBC, Barwa Bank and QInvest for the deal, the sources said, requesting anonymity because the details are not yet public.

Qatar sent a request for proposals (RFP) to banks in April, the sources said.

“The mandate is out. It’s a government of Qatar sukuk and the RFP was sent,” said one banking source away from the deal.

The sources declined to provide any further details on the sukuk because discussions are at an early stage.

Its last foray into Islamic debt markets in 2003 raised $700 million from a seven-year Sukuk which was joint-lead managed by HSBC and Qatar International Islamic Bank.

Qatar’s finance minister said in March that the state planned one or two sovereign issuances per year on average, not because it needed money but to help develop local debt markets.

The AA-rated borrower will now seek to tap solid demand from abundant Islamic liquidity in the wake of successful recent deals from the region, including Saudi Electricity Co’s $1.75 billion Sukuk which attracted orders of over $15 billion.

Qatar joins a growing regional pipeline for potential Sukuk issuers. Banque Saudi Fransi, the Bahrain government and Dubai Islamic Bank are all expected ahead of the quiet summer season.

Qatar’s credit default swaps were trading at levels of 122 basis points on Thursday, according to Thomson Reuters data, about 21 basis points tighter than at the end of February.