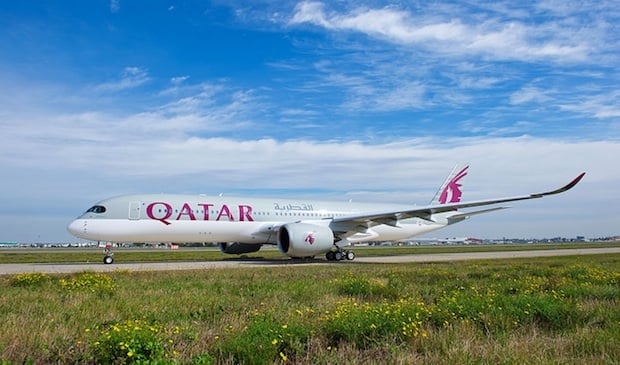 Qatar Airways will report a “very large loss” because of a regional political dispute that has slapped restrictions on the airline, its chief executive said on Wednesday.

The major Gulf airline lost access to 18 cities in Saudi Arabia, the United Arab Emirates (UAE), Egypt, and Bahrain last June when those four countries cut ties with Qatar after accusing it of supporting terrorism. Qatar denies the charges.

The restrictions, which include a ban on using airspace over the four countries, is “putting financial strain” on Qatar Airways, Chief Executive Akbar al-Baker told reporters at the ITB travel fair in Berlin.

“We will announce a very large loss during the current financial year which ends this month,” he said, without giving further details.

Baker has previously warned that Qatar Airways would make a loss but had declined to disclose how significant it would be.

When asked if it was running short of cash, Baker said in an interview with Reuters TV that Qatar Airways may need to call on its state owners for extra funds should the blockade continue. “Not for the foreseeable future, but if it continues long term our shareholders will have to put additional equity into the company,” he said.

Saudi Arabia and the UAE were popular routes for Qatar Airways. The airspace ban means that for many flights to the west and south of the Gulf the airline has to fly longer routes around the four countries which requires more fuel and increases costs.

The carrier has added new destinations in different countries and on Wednesday announced a new route to London Gatwick starting in May.

Qatar has also been buying stakes in other airlines, most recently in Italian carrier Meridiana, which it will rename Air Italy.

Baker said the airline was not looking for any more investments in Europe, but remained interested in the United States and was waiting for Royal Air Maroc to go through a restructuring process before taking a stake.

In India, Qatar Airways is going through what Baker described as a “laborious” process of legal requirements before applying for a licence to set up a domestic carrier there.

The political dispute with its neighbours remains unresolved despite efforts by fellow Gulf state Kuwait as well as the United States to mediate.

The government of Qatar agreed in January that Qatar Airways would release detailed financial information to the US government as part of a response to accusations by US airlines that the carrier had been illegally state-subsidised.

Qatar Airways has denied the allegations and Baker has said the release of the data would have no impact on the airline.