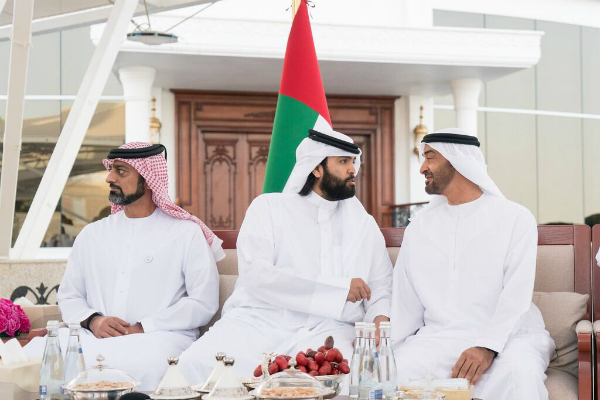 The UAE’s leaders have welcomed a Qatari royal family member who called for an overhaul of his country’s foreign policy, UAE state news agency WAM confirmed on Monday

“Their Highnesses, Sheikh Mohammed bin Rashid and Mohamed bin Zayed, welcomed Sheikh Sultan to the UAE, affirming the deep fraternal and historic ties that bind the peoples in both countries,” WAM reported.

A video showed Sheikh Sultan greeting the two leaders and other government officials.

Sheikh Sultan has been among several prominent Qatari figures to oppose the foreign policy of Emir Sheikh Tamim bin Hamad Al Thani since the UAE, Saudi Arabia, Bahrain and Egypt began a boycott of the country last June.

The Qatari royal has repeatedly called for his country to resolve the crisis and “purge” the land of terrorist links. His assets were seized by the government last October after he expressed support for fellow opposition figure Sheikh Abdullah bin Ali Al Thani’s call for a meeting to deal with the crisis.

Sheikh Abdullah bin Ali Al Thani left Abu Dhabi last month after reportedly moving to the UAE capital at his own request because he feared for his safety in Qatar.

His departure came after the Qatari media carried a video alleging to show Sheikh Abdullah was being held against his will. The UAE Foreign Ministry denied the claims and said he was free to move as he pleased.

Read: UAE says Qatari royal leaves after claim he was being detained

Sheikh Sultan congratulated the UAE on the safe return of Sheikh Zayed bin Hamdan, who was welcomed home yesterday after undergoing treatment for injuries sustained in Yemen.

The UAE, Saudi Arabia, Bahrain and Egypt have called for Qatar to close broadcaster Al Jazeera and have sever links with Iran to end the current standoff.