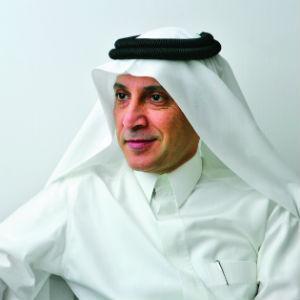 Qatar’s flagship carrier has put an order in to take delivery for the new upgraded version of the Airbus A380 rather than the current plane, which is having problems with its wings.

Qatar Airways will take five of the new superjumbo planes with the first to arrive in January 2014.

Speaking at the annual Farnborough International Air Show, Akbar Al Baker, CEO of the airline, said they would not be taking the current model, which requires modifications to heal cracks on the wings.

“Qatar Air insisted that Airbus provide us with the new, certified wing for the A380 and Airbus has kindly obliged,” Al Baker said at the event in the United Kingdom.

“We will receive the A380 with the new wing which will not require modification,” he added.

Airbus was forced to ground all its A380 aircraft last month after cracks appeared on the wings caused by new technologies and insufficient design controls.

Earlier at the show, Qatar Airways unveiled its new Boeing 787 Dreamliner – one of five the carrier is due to take delivery of during 2012. Ron Conner, Boeing’s Commercial Airplanes CEO, joined Al Baker for the unveiling of the plane dressed in the airline’s colours.

Al Baker said: “This is a very proud moment for Qatar Airways and my country, the State of Qatar. As an airline, we have continued to push the boundaries and set new standards in global aviation for more than a decade to create a world-class airline.

“The delivery of the first of our 787s reinforces our commitment to continue this trend and invest in next generation aircraft, with the aim of having the youngest and most technologically advanced fleet in the industry.”

Qatar Airlines is due to become one of the first carriers to fly the Dreamliner to the UK when its Doha-Heathrow service starts later this year.

Elsewhere at the show, Boeing drew first blood of the week landing a $7.2 billion order with an American-based lessor. The airline said the order was for 75 of its fuel-efficient 737 Max jets.

Much has been made of the Boeing-Airbus rivalry this week as the two major aircraft suppliers go head-to-head in a battle for sales in what some have said will be the quietest Farnborough Air Show for years, given the faltering world economy.

Earlier Airbus announced plans to revamp its A330 wide-body passenger plane in an effort to boost its range and hopes to unveil a customer at this week’s show. The increased distance will mean the aircraft can now connect London to Tokyo, Frankfurt to Cape Town or Beijing to Melbourne.

Meanwhile Boeing is considering enhancing its 787 Dreamliner in an effort to compete with the A330.