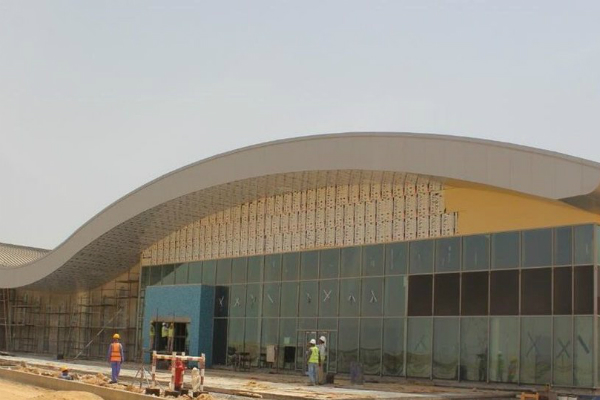 A new passenger terminal at Oman’s Duqm International Airport is set to begin operations next month, Oman’s Ministry of Transport and Communications said on Tuesday.

In a series of tweets, the ministry said that construction work had been completed along with basic operational tests.

“Arrangements are being made to facilitate operations and movement of passengers in the new terminal,” the ministry said in comments translated from Arabic.

“It is considered a vital addition for #Duqm special Economic Zone specifically and the the governorate of Al Wusta in general, due to its contribution in revitalising tourism & socioeconomic status.”

This announcement comes after the completion of construction works & the success of the foundmetal operations tests that saw the participation of all our partners.Right now we are taking vital measures to facilitate operations & passengers flow in the new terminal. #Duqm_Airport https://t.co/CIijhoPj36

Monday, September 17 has been set as the official start of commercial flights at the new facility, which comes four years after the airport first opened.

The terminal building spans 8,660sqm and has a capacity for 500,000 passengers annually. Facilities include restaurants and retail outlets.

The project forms part of a series of airport upgrade and expansion works underway in Oman.

In March a new passenger terminal opened at Muscat International Airport with a capacity for 12 million passengers a year.

Duqm itself, on Oman’s southern coast, is being transformed from a fishing village to an industrial and transshipment centre designed to support the sultanate’s economic diversification efforts.

Current facilities include a port and dry dock, with an oil refinery and petrochemical facility also under construction with Kuwaiti investment.

The project is also backed by China under its ‘belt and road’ initiative. Chinese consortium Oman Wanfang is aiming to invest up to $10.7bn in the project, chief executive Ali Shah told Reuters last September.