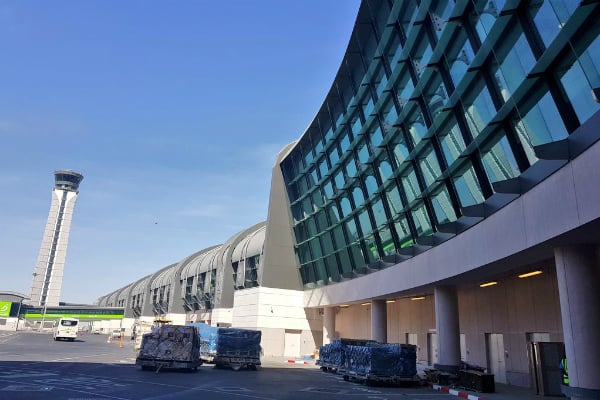 The opening of the facility comes after years of delays due to illegal workers, technical difficulties and other issues but will be welcomed by carriers including home airline Oman Air, which is celebrating its 25th anniversary.

The new terminal replaces the existing passenger building, which will bid farewell to its last departing flight at 2:45pm.

Dignitaries and government officials will be onboard for a planned itinerary that will see the flight return to mark the first arrival at the new facility.

Among the key advantages of the terminal will be an expanded capacity of 12 million passengers a year.

The original terminal was designed to accommodate 3.5 million a year but was handling twice that number as the opening of its replacement was repeatedly pushed back from early 2014.

The first flight will arrive at the new passenger terminal at 5:30pm followed by the first departing flight at 6:50pm.

Oman Airports said the time between flight operations ending at the old terminal and beginning at the new terminal would allow stakeholders to relocate.

Access to the old facility will be barred to passengers at 3:00pm, the same time the new one opens.

Business Traveller Middle East took an exclusive tour of the new facilities, including the approach roads and check-in, duty free and lounge areas, last month ahead of the official opening.

Among the biggest changes for passengers will be new contact stands and air bridges that will mean most don’t have to catch buses to board and disembark from their plane.

An accompanying cargo building was opened on Monday.