In the remote desert along Oman’s southern coast, construction machines hired by a Chinese consortium are levelling an expanse of pale orange sand – a first step towards billions of dollars of investment.

Over the past year the Chinese have become key to Oman’s effort to transform Duqm, a fishing village 550 km south of Muscat, into an industrial centre that will help the country diversify its economy beyond oil and gas exports.

In a pattern seen across much of the Middle East, the economic interests of the Omani and Chinese governments are coinciding in ways that promise a surge of Chinese capital into the region over the next few years.

Oman’s state finances have been hit hard by low oil prices, so it is scrambling to attract foreign money for new industrial zones that will create jobs for Omanis whom the government can no longer afford to employ. Duqm is its biggest such project.

For China, the project is a potential success in its Belt and Road Initiative, a government-backed drive to win trade and investment deals along routes linking China to Europe.

Duqm, which lies on the Arabian Sea, is a potential operating base for Chinese businesses near export markets which they want to develop in the Gulf, the Indian subcontinent and East Africa. Duqm is also close to some of the raw materials which Chinese companies will need for that purpose: the oil and gas resources of the Gulf.

The result could be a bonanza for Duqm. Eventually, Chinese firms aim to invest up to $10.7bn there, said Ali Shah, chief executive of Oman Wanfang, the Chinese consortium.

If that figure materialises – which is by no means certain, given the multi-year time frame and the many pressures on Chinese companies – it will be equivalent to over half of Oman’s current stock of foreign direct investment.

“Duqm isn’t like Jeddah or like Dubai. It’s still new, it needs time to develop. But we at Wanfang are thinking the future for Duqm will be better than those cities inside the Gulf,” Ali Shah told Reuters.

Duqm is marketing its location as a major attraction – not only its proximity to maritime trade routes but the fact that it lies outside the Strait of Hormuz, which could insulate it from conflict if regional tensions rise.

As recently as 2009, China accounted for less than 1 per cent of the stock of foreign direct investment in the Middle East, according to ChinaMed, a research operation at Italy’s Torino World Affairs Institute. Partly because of Belt and Road, that is changing fast; the ratio rose above 5 per cent in 2015.

China was the top foreign investor in the Arab world in 2016, pledging $29.5bn of new money, according to Kuwait’s Arab Investment and Export Credit Guarantee Corp. The United States, the second biggest investor, accounted for $7bn.

The zone around Duqm already features a port and a dry dock, and is to include an oil refinery, built partly with Kuwaiti money, and petrochemical plants.

Oman Wanfang plans to develop over 11 square kilometres, making the Chinese Duqm’s largest prospective foreign tenants by far. Their first facility, a $138m complex to store building materials and distribute them around the region, is to be completed within 18 months.

Plans for a further nine Chinese facilities, including a $2.8bn methanol plant, pipe factories, an $84m vehicle assembly plant and a $203m hotel, have been agreed in principle and are to be completed within five years.

Oman has been trying to attract capital for Duqm from many nations. It had been hoping in particular for investment from Iran, with which it has close diplomatic ties, but Iran’s economy is struggling. In January 2016 its top auto maker, Iran Khodro Industrial Group, agreed to study a proposal for a $200m auto plant in Duqm, but no progress has been disclosed since then.

For now at least, that leaves the Chinese as Duqm’s best bet. Oman Wanfang is a consortium of six Chinese firms, many from the Ningxia Hui Autonomous Region in north-central China, an area with a large Muslim population that is active in promoting business ties with Arab nations.

Oman Wanfang’s operations show how the Belt and Road scheme supports Chinese investment abroad. The consortium says its member firms are private and has announced no direct financial aid from Beijing, but it enjoys political support.

In April, a deputy governor of Ningxia visited Duqm to lay the foundation stone for the Chinese industrial area and declare that Beijing’s powerful National Development and Reform Commission backed the project.

That seal of approval aids Oman Wanfang in negotiations with the Omani government and may help Chinese investors in Duqm obtain loans from Chinese banks, many of which are controlled by their government.

In a sign of growing financial ties between the two countries, the Omani government borrowed $3.55bn from Chinese financial institutions last month – the largest loan deal ever for a Gulf borrower in the Chinese market.

Ex-Government Officials In Oman Jailed For Abuse Of Office 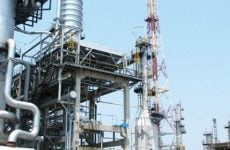 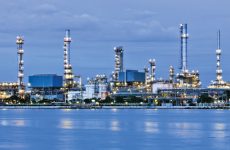 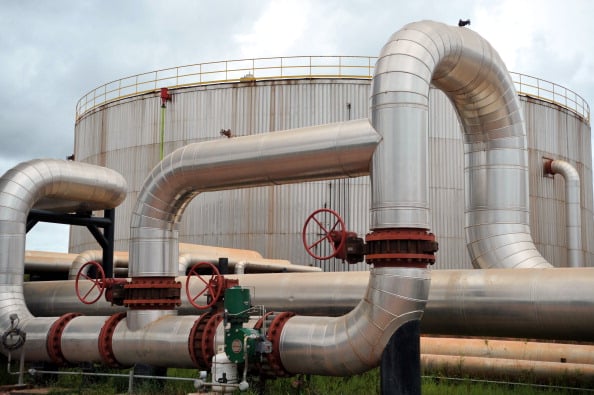