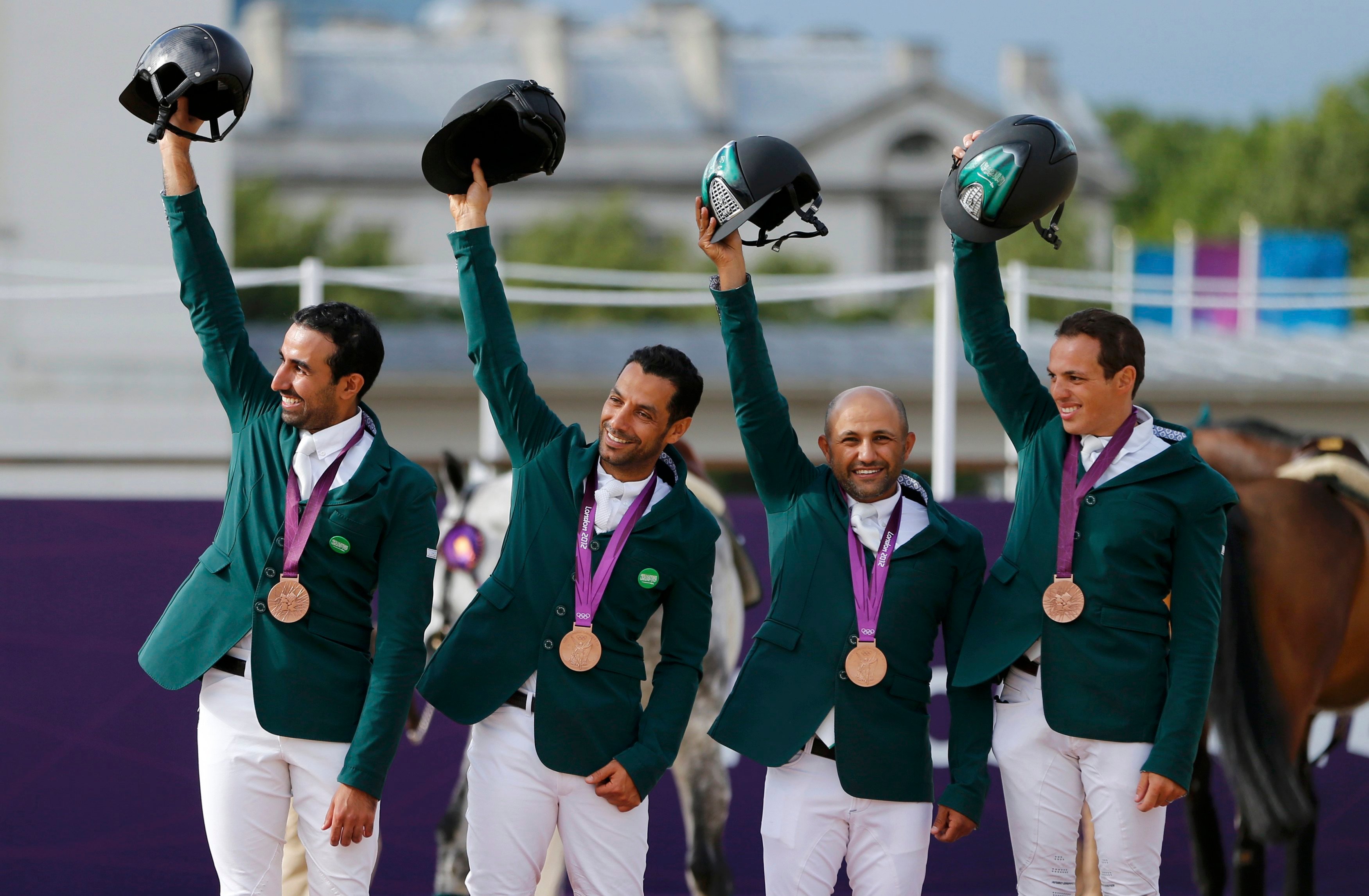 Saudi Arabia won the bronze medal at the equestrian team show jumping event on Monday while Britain captured the gold after a tie-breaking jump-off with the Netherlands.

It was a first team medal for the Saudis, who left stalwarts such as Switzerland and defending Olympic champions the United States in their dust.

Germany, France and Belgium, who took the top three spots in the 2010 world championships, did not even make the cut for the second round which features the leading eight teams.

Abdullah Waleed Sharbatly is the Saudis’ highest-ranked show jumper at 59 while the others are ranked 150 or below.

The team said this was because there was really only one show that counts for them – the London Olympics.

“To be in the top ranking, it’s also something. But you know it’s not so easy for us coming from Saudi, trying to compete in these big shows and collect points, you need a string of horses,” said Ramzy Al Duhami, who is ranked 264th.

“So we had one focus in mind – that was the Olympic Games -and we worked hard to really get the horses ready at the time of the Olympics.”

Saudi rider Khaled Al Eid won individual bronze for jumping in the Sydney Games in what the team described as an inspiration for many in the country to aim for the upper ranks of the sport.

The Saudi riders train in Europe, backed by an organisation called Saudi Equestrian that has bought a number of high-level horses with the aim of doing well at the London Games.

Prince Abdullah al Saud, the second royal equestrian to compete at the London Olympics, only had one rail down in three days of competition and said it was an honour to compete at this level for his country.

He said his team had been based in Belgium and worked closely together for the past four months.

Switzerland was fourth on Monday with a two-round total of 16 faults. Canada, riding a man short after the disqualification of rider Tiffany Foster for oversensitivity in one of her horse’s legs, was fifth with 26 faults.