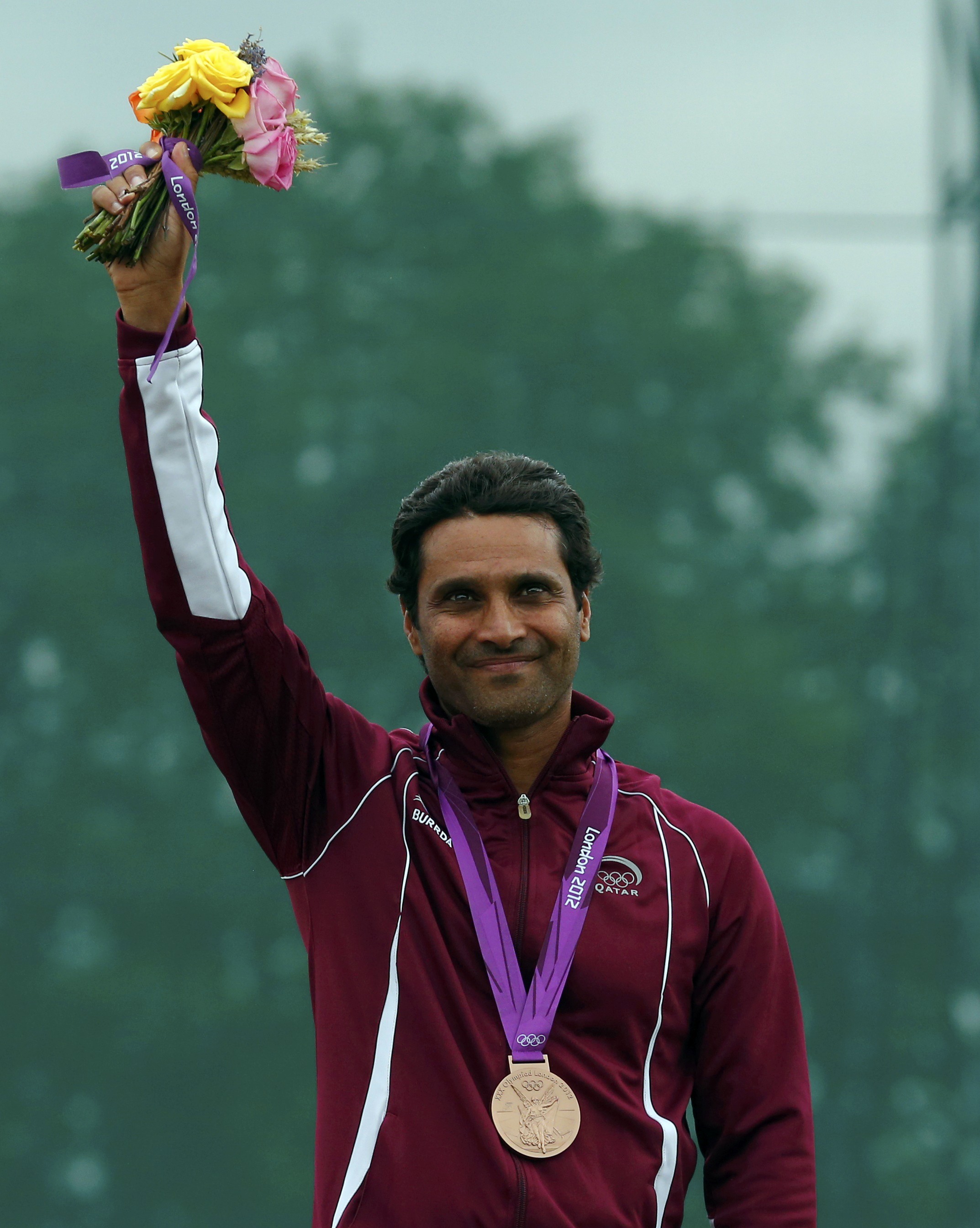 The 41-year-old rally driver won the medal– the third ever for Qatar–after defeating Russia’s Valeriy Shomin in a shootoff at the Royal Artillery Barracks.

“In Athens I had a shootoff for a bronze medal and I lost but immediately when I was in a shootoff here I remembered this day and I said I would do my best to finish third,” he told reporters.

“I was really believing in myself inside because the last 10 days here I worked very, very hard and I feel myself very good on this range,” he said.

Al Attiyah, who won the 2011 Dakar Rally, was competing in his fifth Olympics, and finished behind third behind the US’s Vincent Hanock, who won the gold, and Anders Golding of Denmark.

“Qatar has give me everything and I have always wanted to give something back to the country,” Al Attiyah said.

“This is my gift to my people. To put Qatar on the sports map is important for me. I try to do this in rallying and shooting.”