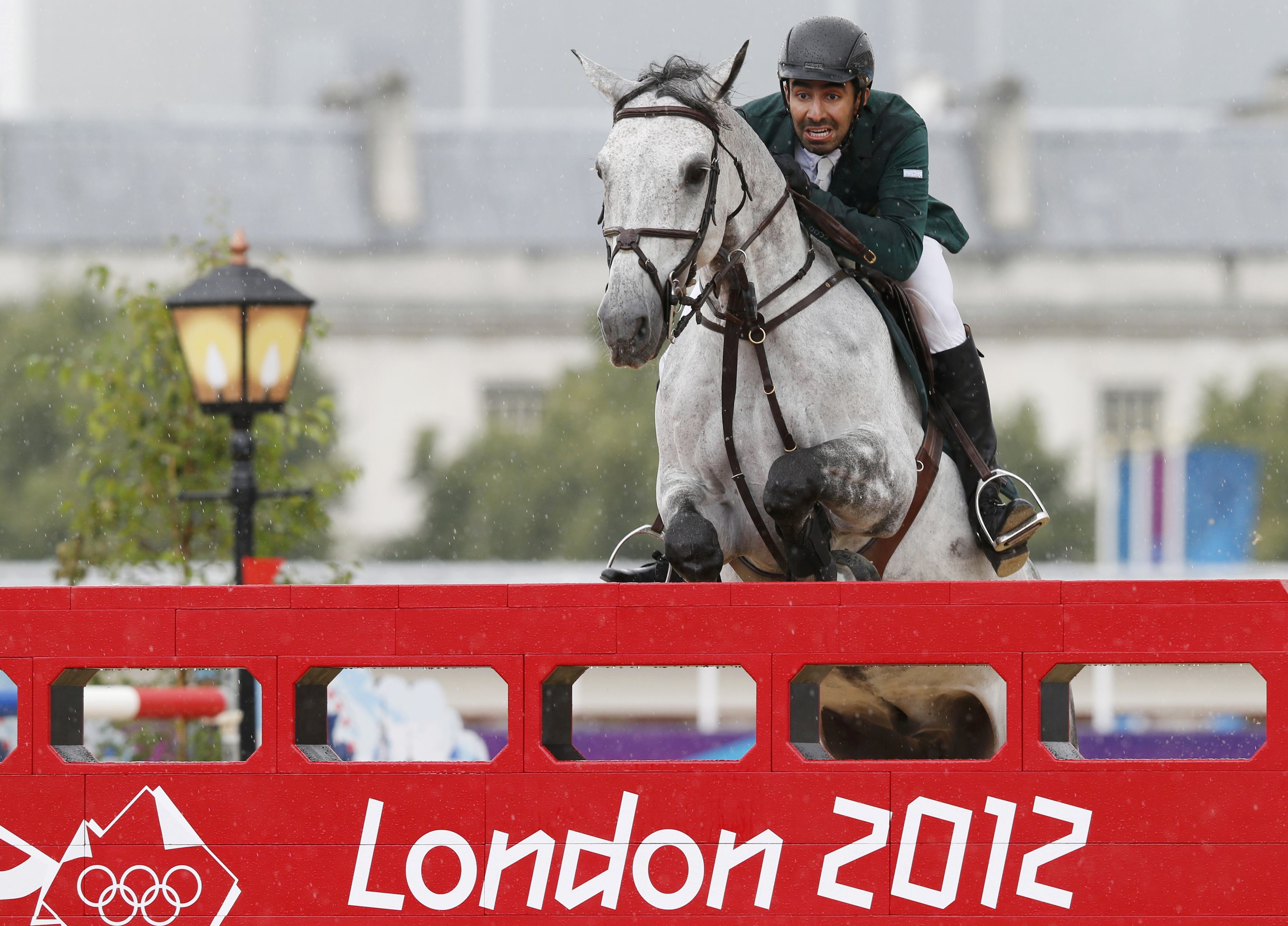 A flawless round by a member of the Saudi royal family on Sunday helped vault Saudi Arabia into the lead going into the last round of the team show jumping final.

Beijing 2008 team silver medalists Canada suffered a serious blow to their prospects after rider Tiffany Foster was disqualified in a decision captain Eric Lamaze called “a complete miscarriage of justice”.

After dropping the weakest score from their total, the Saudi team are carrying just one fault into Monday’s second round.

“I cannot describe my feelings, I am so happy.” Prince Abdullah al Saud

“I cannot describe my feelings, I am so happy,” Prince Abdullah al Saud told reporters.

Prince Abdullah is the second royal to compete in the Greenwich Park arena in these Games. Zara Phillips, granddaughter of Queen Elizabeth, was on the British team that won silver in eventing.

Britain, Sweden, the Netherlands and Switzerland were tied with a first-round score of four faults. Faults earned over the two days are added together to determine the team winner.

Canada were close behind at five faults but the disqualification of Foster for hypersensitivity in one of horse Victor’s legs left only three members in contention.
All other four-member teams have the option of dropping their weakest score but all scores will count for Canada.

Veterinarians measure limb heat to determine sensitivity under rules set up in 2005 by the International Federation for Equestrian Sports (FEI) to keep riders from purposely sensitising their horse’s legs to make them jump more carefully.

Heat can also arise from injury or infection, however. Foster said Victor had a nick above his hoof “like a paper cut”.

The FEI denied a Canadian appeal, but President Princess Haya Bint Al Hussein of Jordan told a news conference that Foster’s disqualification was not the result of suspected cheating.

“I feel really bad for my team and really disappointed that this is the way my first Olympic Games are going to end,” she said in a broken voice.

Lamaze said it was time to take a hard look at the FEI’s rules on hypersensitivity and said he hoped Canada would win a medal for Foster.

“I am ashamed of our sport today. Very much ashamed. This was a simple injury that would not have put this horse in any danger by any means and would not have made (Foster) gain any advantage in the ring.”

Ian Millar, who at 65 is making a record 10th Olympic appearance, offered Canada some consolation by – like Lamaze – jumping a clear round on Sunday. Lamaze had one time fault.

Brazil and defending Olympic team champions the United States squeaked into the top eight to qualify for round two while Germany, France and Belgium surprised by being among those that failed to make the cut.

Since Monday’s round also serves as a third qualifier for the individual competition, leading individuals will jump on Tuesday, regardless of whether their teams are in the running.

All riders who finish in 35th place or better, including ties, will go through to the individual contest on Aug. 8. They will start with a clean slate since their qualifying scores are not carried forward.

Prince Abdullah was tied for first in the individual rankings with 11 others, including hot gold medal prospects Nick Skelton from Britain and American Rich Fellers.

“I feel great,” said Skelton after an effortless clear round on Big Star. “He’s in great condition. He hasn’t a negative, that horse. He is the most perfect horse, all round.”

For Prince Abdullah and horse Davos, the London-themed jumps were a highlight. “What with the weather, the London bus and the Tower Bridge, I felt like I was sight-seeing today,” he said.

It was a second Games for a grandson of King Abdullah.