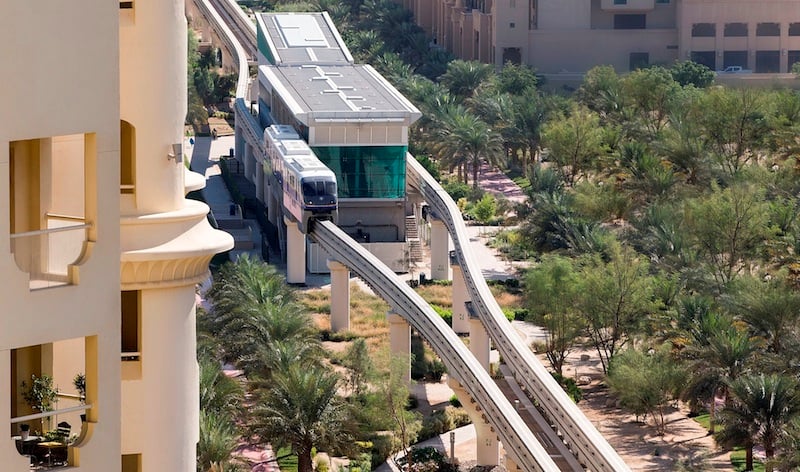 A new station has been opened on the Monorail at Dubai’s Palm Jumeirah to meet growing demand, developer Nakheel announced on Monday. 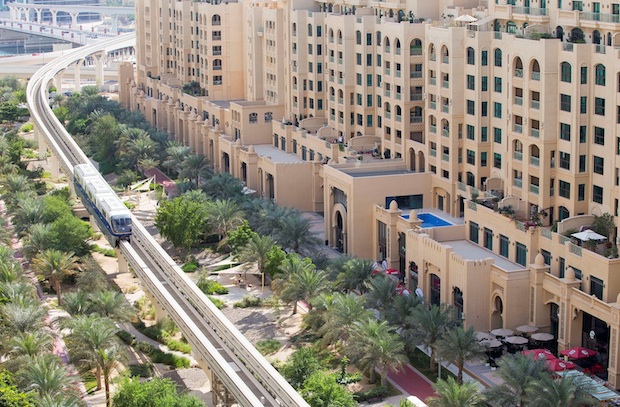 It is also situated close to the Shoreline Apartments.

The addition of the station comes amidst increasing usage of the Monorail, said Nakheel.

Around 3,000 people take trips on the Monorail each day, with the number of passengers in 2017 expected to exceed 1.1 million.

That figure is further anticipated to rise “dramatically” in the future with the opening of new projects such as Nakheel Mall and The Pointe mall. Both the malls will also will have their own Monorail stops.

The Palm Monorail, which opened in 2009, currently runs from Gateway station to Atlantis Aquaventure, stopping at the new Al Ittihad Park station in between.

Trains run every 11 minutes, from 9am until 10.30pm everyday. Tickets cost Dhs15 for a one-way trip and Dhs25 for a return trip.

Nakheel chairman Ali Rashid Lootah said: “The Palm Monorail is one of Palm Jumeirah’s biggest success stories. The opening of Al Ittihad Park Station is a massive boost for the island’s investors, residents, visitors and retailers.

“More people than ever can now enjoy the growing number of facilities on Palm Jumeirah – without using a car to reach them.”

Nakheel has been focussed on developing new projects in Palm Jumeirah and late last year opened its Dhs150m Boardwalk at the island.

The 11 kilometre Boardwalk was created by building out over the rocks of the island’s protective breakwater to produce a six metre wide promenade.

The promenade features facilities for fitness, leisure and socialising, including many food trucks.

The project includes seven upscale cafes and restaurants offering a variety of cuisine.