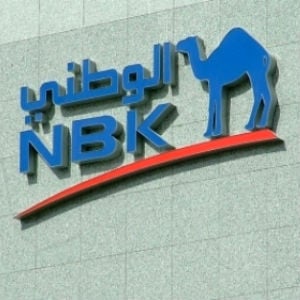 National Bank of Kuwait reported flat full-year profits on Thursday, while fourth quarter earnings fell shy of estimates, as the Gulf state’s largest lender grappled with what it called a “challenging operating environment.”
The lender said net profit was KD302.4 million ($1.1 billion) in 2011 compared with KD301.7 million in 2010.

Fourth quarter profits stood at KD76.8 million, according to Reuters calculations based on previously issued results, down from KD77.16 million in the prior-year period. Analysts had forecast, on average, profit of KD77.47 million, in a Reuters poll.

In a statement, NBK CEO Ibrahim Dabdoub said: “2011 was another challenging year.”

“NBK’s strong performance despite the weakening operating environment, the ongoing pressures on the global economy as well as the political unrest in the Middle East is testimony to the success of the bank’s conservative strategy and focus on its core banking operations,” he said.

NBK shares were up 1.75 percent on the Kuwait bourse.