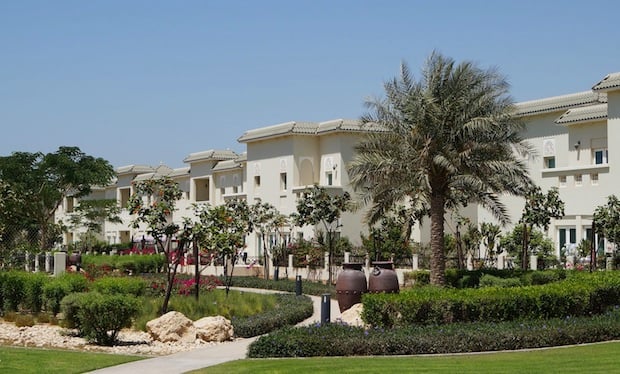 Offering 87,000 sq ft of leasable space, the new centre has 24 shops, restaurants and services and a car park for more than 300 vehicles. Retailers include a Spinneys supermarket, 10 food and beverage outlets and other shops.

A medical centre and a branch of the Jebel Ali Village Nursery will also soon open in the centre.

The complex also features a sports and recreation hub with a restaurant, swimming pool, sports court and gym, scheduled to open by the end of Q1 2017.

Nakheel is also set to build a mosque at the pavilion, with construction starting next year.

The first of two pavilions at Nakheel’s Al Furjan community, it is located at the southern end of the development.

The second pavilion at Al Furjan, located on the western side of the community, is also under construction, with anticipated completion in Q1 2017. It will include around 35 shops, restaurants and cafes, a gym and nursery. It will also feature a mosque that will be able to accommodate 500 people.

Nakheel awarded a construction contract worth Dhs38m for the mosque and the second retail centre in August last year.

The 560 hectare Al Furjan community – which currently houses over 5,000 people, is anticipated to have a population of over 65,000 when complete.

Ali Rashid Lootah, Nakheel chairman, said: “2016 has been a momentous year for Nakheel Malls, with Dhs1.5bn worth of projects and over 1.5 million sq ft of retail space delivered.”

Nakheel is currently undertaking a Dhs16bn retail expansion and its portfolio includes 15 large-scale projects. Major ones currently under development include Nakheel Mall, The Pointe, Deira Mall, Dragon City and Deira Islands Night Souk, among others.