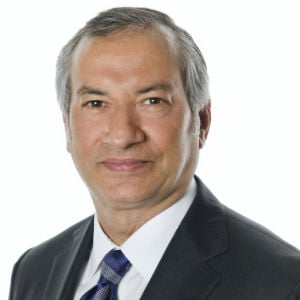 The head of Bahrain’s sovereign wealth fund quit over differences of strategy with the board, disappointed by its lack of deal-making as it focuses on reviving loss-making domestic assets, sources familiar with the matter said on Tuesday.

Talal Al Zain, the urbane former investment banker, told Reuters on Monday he would leave his job as CEO of Mumtalakat, the $9 billion sovereign fund, to set up a new investment firm in the Gulf island kingdom.

The sources said Al Zain was particularly frustrated with the board’s focus on housekeeping at debt-laden national carrier Gulf Air, which Mumtalakat owns.

“There were clear differences between Talal and the sovereign fund management over the handling of Gulf Air in the portfolio,” said a banking source, speaking on condition of anonymity.

“Everyone knows the airline has been bleeding money and if you are CEO of a SWF (sovereign wealth fund) with a loss-making company as your top holding, there is very little you can do.”

Al Zain had declined to give a reason for his resignation on Monday, saying he had always planned to return to the private sector after a stint in the public sector and would remain “part of the system” in Bahrain.

On Tuesday, he refuted allegations of strategic differences between Mumtalakat’s management and board.

“This speculation is utterly untrue and does not represent any of my views,” Al Zain said in a statement to Reuters.

Al Zain, who took the helm at Mumtalakat in 2008 after an 18-year stint at asset manager Investcorp, spent much of his tenure reviving Gulf Air, which has been eclipsed by regional rivals, and cleaning up the balance sheet of Aluminium Bahrain, which owns the world’s fourth largest smelter. He will remain chairman of Gulf Air.

“Mumtalakat has hardly done any deals or investments in the last couple of years,” said the banking source. “When you have an investment background and run an organisation which has seen its investments significantly curtailed, it can be quite frustrating.”

Bahrain, a regional offshore banking hub, has been hit by a year of unrest because of pro-democracy protests.

Mumtalakat, among the smallest sovereign wealth funds in the Gulf Arab region, suffered a ratings downgrade amid the political unrest. The fund is rated triple-B.

Set up in 2006 to help diversify Bahrain’s economy away from hydrocarbons, Mumtalakat has stakes in over 35 commercial entities, including Gulf Air, Bahrain Telecommunications Co and Gulf International Bank.

“Before agreeing on a replacement, Mumtalakat’s board and the Bahraini government need to redefine the fund’s strategy,” one Bahrain-based banker said.

“Do they want the fund to simply carry a local diversified portfolio, or make hefty profits or to expand into the wider region?”

Mumtalakat narrowed its 2010 operating loss to BD48.9 million ($129.71 million) from a loss of 123.4 million the year before, citing strong growth in gross margins and an improved operating performance across the portfolio. Revenues rose 15 per cent in 2010, thanks to Aluminium Bahrain’s commodity price-fuelled gains.