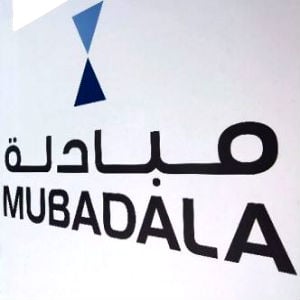 Mubadala, the Abu Dhabi government’s investment vehicle, expects to spend about Dhs20.1 billion ($5.47 billion) this year as its seeks to expand a diverse line of businesses ranging from oil and gas to semiconductors.

“The group currently anticipates that its capital and investment expenditure for 2012 is likely to be substantially in line with the Dhs20.1 billion annual average for the past three years,” it said in a update of its bond program.

The state-owned fund, which has stakes in General Electric and private equity firm Carlyle, expects a majority of that expenditure to relate to its semiconductor unit Advanced Technology Investment (ATIC); its joint venture with General Electric ; solar energy project Masdar and oil and gas projects.

Its semiconductor unit ATIC had an accumulated deficit of Dhs4.1 billion($1.12 billion) as of the end of 2011 and made losses in the past two years, Mubadala said in the filing.

“No assurance is given that ATIC will be profitable in 2012 or in subsequent years,” Mubadala said in a section highlighting the risks associated with the business in its bond prospectus.

In a separate statement, Mubadala said ATIC was making further investments in boosting capacity and research in a bid to become a “profitable catalyst” for the emirate’s economic development.

Mubadala, which recently bought a $2 billion stake in Brazilian conglomerate EBX Group, said in April that it expects its investment outlay in 2012 to be slightly lower than last year’s $16.3 billion after saying its overall annual loss surged due to volatile global markets.