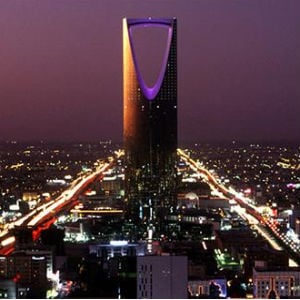 More than one million people in Saudi Arabian are now receiving unemployment benefit, the labour ministry said on Wednesday, underlining a source of potential discontent that the rulers of the world’s top oil exporter are keen to contain.

The “Hafiz” programme, which pays unemployed Saudis SAR2,000 ($533) a month for up to one year, was announced by King Abdullah during the Arab uprisings last spring and introduced in late 2011.

“The number of beneficiaries this month rose by 40 per cent from last month and by 170 per cent from December when the programme started to pay the monthly subsidy,” said the official Saudi Press Agency, quoting Khaled al-Ajmi, the Labour Ministry official in charge of Hafiz.

Thanks to a decades-long population boom, the Saudi government can no longer afford to reduce unemployment by creating public sector jobs. Last year’s revolutions in Egypt, Tunisia, Libya, Yemen and Syria were blamed by some on high youth unemployment.

Officially the Kingdom’s unemployment rate is 10.5 per cent, but that figure does not include the large numbers of working-age Saudis not counted as part of the labour force.

Recent government figures show the labour force participation rate, meaning people who are in jobs or who say they are looking for work, is 36.4 per cent, about half the global average, say economists.

Jeddah-based Arab News reported on Wednesday that the head of a parallel unemployment programme run by the Labour Ministry said joblessness cost the government SAR5.5 billion a year.

Around 90 per cent of Saudis in work are employed by the government, while 90 per cent of jobs in private companies are filled by around eight million foreigners.

Expatriates tend to fill higher-paying technical roles for which many Saudis lack the experience, and very low-paying jobs that many Saudis see as menial.

In January, Labour Minister Adel al-Fakeih said the Kingdom needed to create three million jobs for Saudi nationals by 2015 and six million jobs by 2030, partly through the “Saudisation” of work now being done by expatriates.

Last year Saudi Arabia’s economy grew by 6.8 per cent, buoyed by strong oil revenues and a government spending spree. There are about 18 million Saudi nationals in the country.

More than 80 per cent of people receiving unemployment benefit are women, said SPA. Despite opposition from powerful religious conservatives, the government is pushing for more Saudi women to enter the job market.

It has designated women-only working environments including lingerie and cosmetics shops.

Some government critics say the Hafiz programme might discourage Saudis from looking for jobs in the private sector, where salaries are sometimes lower than the unemployment benefit.

However, economists say it might also push Saudis currently listed as out of the labour force to register as unemployed, meaning the government will develop a more accurate picture of jobless levels.

Those receiving benefits are added to a new national employment database that lists people seeking work alongside details of their qualifications, education and employment history to help match them with suitable employers.

In addition to the Hafiz programme, the government has also introduced a new system of quotas for Saudi versus foreign employees, set according to the size and sector of each company.

However, the official quoted by Arab News said that half of all private companies in the Middle East’s largest economy were in the ministry’s lowest bracket of compliance with Saudisation quotas.

Companies that perform badly in the quota system will be prevented from acquiring visas for new foreign employees.

The Labour Ministry has also sponsored career fairs in the kingdom’s largest cities where it vets job seekers before pairing them with potential employers.

That initiative is aimed at reassuring private companies, which have traditionally seen imported labour as cheaper and more reliable than Saudi workers, that job candidates will be qualified for any positions on offer.