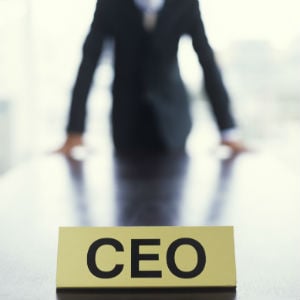 The turnover rate for CEOs at some of the world’s largest public companies has returned to pre-recession levels, signaling a strong nod to the economic recovery being here to stay.

Rates dropped to 11.6 per cent in 2010 as the economic crisis hit, signaling companies looked to hang onto their CEOs during the uncertain period.

“Boards are more likely to keep their chief executives during times of economic uncertainty in order to maintain stability, but they are more willing to make a leadership change when economic stability returns and company outlooks improve,” said Per-Ola Karlsson, senior partner at Booz & Co. and managing director of Europe.

“That the overall turnover rate is back to historical levels suggests that some companies are making a real effort to rethink strategy and drive performance.”

Despite outside CEO appointments increasing over the past five years, the report showed insider staff promoted to the position continues to bring higher shareholder returns and serve longer tenures.

Between 2009 and 2011, outgoing insider CEOs delivered a 4.4 per cent annual shareholder return above local market indices on average, compared to just a 0.5 per cent return from outsiders.

“The first year is a critical one for CEOs, and this applies to the Middle East as well,” said Dr. Karim Sabbagh, senior vice president at Booz & Company.

“We have found that getting it right from the get-go is key to the success of the CEO’s tenure. It is a brief window of opportunity during which the CEO must put his or her personal stamp on the company, and set it on course to navigate an uncertain future.”

A previous report by the global management consulting firm, Booz & Co., revealed 53 per cent of global executives do not believe their company’s strategy will lead to success while 83 per cent said their company’s growth strategy leads to waste.