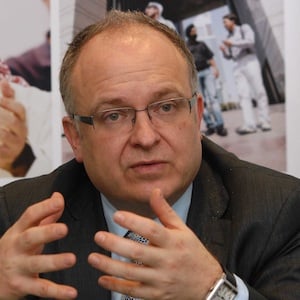 The Middle East is “on track” for recovery from the global financial crisis despite the concerns around the Euro, according to a leading economist.

Speaking in Dubai on the current global economy and outlook for the Middle East, Andrew Scott, Professor of Economics at London Business School, said 2012 will be a year of slow growth but the region is doing well in rebalancing its economies and is beginning to gain momentum.

“The recovery is on track. Obviously there can’t be expected to be rapid growth for those exposed to the finance and real estate sectors so growth will need to come from elsewhere.

“The UAE, for example, is experiencing growth because it is a meeting point for different economies, including BRIC economies and the West,” Professor Scott explained.

“The region’s financial market is mixed in terms of debtors, who are in a weak position, and creditors, currently in a strong position. The key is to rebalance the economy to increase robustness.”

Professor Scott emphasised the benefits to the global economy of a developed MENA financial market over a strictly GCC market, in order to retain and absorb more money within the region. He commented that diversity in equity investments, away from the US dollar, was reassuring for the recovery of the global economy.

He also warned about the threat from the Euro this year and the impact it could have on the region.

“It worries me enormously how vulnerable we are to a country leaving the Euro and the significant financial instability that would be caused by it. The European economy is about a third of the world economy so if they have a bad year it’s hard not be affected.

“There is evidence to suggest the more painful the recent experience the more cautious you are in the short-term. But of course eventually the optimism and confidence returns and the people who have been affected by those bad outcomes become less and less influential.”