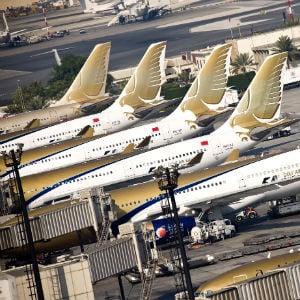 Bahrain’s Gulf Air has signed a financial facility of $80 million with Mashreq Bahrain to meet its medium-term working capital requirements.

“Gulf Air is focused on ensuring a sustainable and financially viable future, and we thank Mashreq Bahrain for leading this facility, reflecting a commitment to a long-term strategic partnership,” said Samer Majali, Gulf Air CEO.

A few weeks ago, Majali had admitted that the struggling airline might downsize its fleet and network. He also said that Gulf Air might tap into Bahrain’s sovereign wealth fund Mumtalakat, which has a stake in the carrier.

Last month, local reports claimed that Bahrain’s government was considering dissolving the airline, shrinking it, selling it or creating a new carrier.