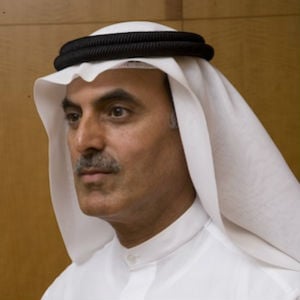 As chairman of the Emirates Banks Association and the UAE’s richest man according to Forbes with a family fortune of $2.9 billion, Al Ghurair said that he is working with the country’s central bank to formulate banking guidelines that will support both banks and customers.

“Five or six years ago banks were growing at 25 per cent per annum, that’s huge. And when banks looked at their peers increasing their income ten fold, they would also feel like they should increase ten fold,” he says of a pre-crisis banking version of keeping up with the Joneses.

“One thing [we have learned] is that the cashflow should come from the projects being financed; we eased on this and took refinancing options – plenty of that happened,” he says.

Al Ghurair says banking regulations are a necessary move: “Some regulation is good, zero regulation is a disaster – but regulation will also put the brakes on bank profitability.”

Specifically he talks of restrictions in lending to UAE nationals and reduced charges for retail customers, which will hamper growth in the near-term.

“Because of the new guidelines on retail services I see very little growth on the retail side unless the population increases. But the bulk of the growth will come in from the corporate side; there is more to come from the government and more to come from the infrastructure side. With the Arab Spring, the UAE has redefined itself as the hub, the place where business can be done.”

The full exclusive interview with Abdul Aziz Al Ghurair will be out on June 2 in Gulf Business magazine.