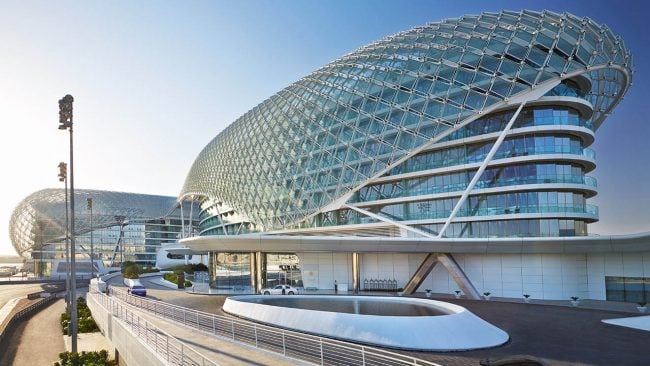 Abu Dhabi developer Aldar Properties has announced an agreement with Marriott International to take over management of its hotel on Yas Island.

The property, previously managed by Viceroy, will officially come under Marriott from July 1 when refurbishment will begin as part of a W Hotels rebrand.

Aldar said areas across the hotel, which is next to the UAE capital’s Formula One racetrack, would be refurbished and redesigned including the lobby and pool.

The change in management will leave Viceroy with no more UAE hotels after its latest property on Dubai’s Palm Jumeirah was rebranded by owner Five Holdings shortly after opening last year.

The two are currently involved in a legal dispute over the rebranding.

Viceroy, which is 50 per cent-owned by Abu Dhabi investment fund Mubadala, has signed a deal to manage another Aldar-owned hotel in the UAE capital. The location of the property and its opening date were not disclosed.

Aldar said the rebrand was part of a wider destination strategy for Yas Island, which will mark the opening of a $1bn Warner Bros theme park next month.

The developer has seven other hotels on the island and is working on a new media and entertainment free zone valued at Dhs1bn ($272.2m) as part of the wider Dhs12bn ($3.26bn) Yas Bay master development.

“Appointing Marriott International to manage the operations of our Yas Island hotel supports our strategy to employ the most reputable international operators and reflects our active approach to the management of our portfolio,” said Aldar CEO Talal Al Dhiyeb.

“Marriott International’s experience will ensure guests have a memorable stay at our world-class hotel while driving value for our asset management business.”

Aldar recently acquired other hotels in the emirate including Westin Abu Dhabi Golf Resort and Spa and Eastern Mangroves Hotel and Spa by Anantara as part of a $1bn deal with government developer Tourism Development & Investment Company.

The Yas Island hotel will be the first W branded property in Abu Dhabi and Marriott’s 13th hotel across the city.