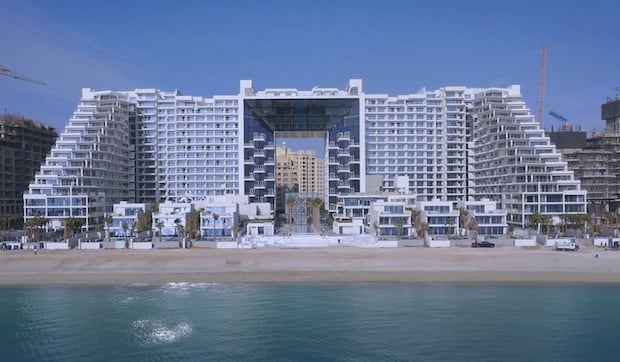 International hotel operator Viceroy has announced a Los Angeles Superior Court has dismissed all the claims last week in a lawsuit regarding its hotel dispute case with Dubai-based Five Holdings.

Claims made against Viceroy and two of its senior leaders by Five CEO Kabir Mulchandani’s affiliates were “thrown out” by the judge, Viceroy said in a statement.

The case was filed in relation to a $1.17bn property on Dubai’s Palm Jumeirah, which remains disputed between the two companies.

The judge decided to dismiss the lawsuit as being barred by the California law prohibiting Strategic Lawsuits Against Public Participation, the statement said.

Viceroy said it will seek recovery of its attorney’s fees as a result of the dismissal of the lawsuit, and will “continue to pursue its claims for fraud, extortion, conversion and unfair business practices against Mulchandani and his affiliates in the Los Angeles Superior court”.

Meanwhile, Five Holdings’ legal team also responded to the news stating that the LA court has “dismissed all of Viceroy’s claims against Five for fraud, extortion, conversion and unfair competition, finding that Viceroy has failed to state any of their claims against Five or its officers or directors”.

In 2013, Viceroy, through its affiliates, entered into a 30-year agreement with Five Holdings to manage a luxury hotel on the Palm Jumeirah Island in Dubai.

This led Viceroy to claim the hotel management contract had been breached and its later filing for an injunction at the DIFC courts.

Five has since stated it continues to manage the property, which has a total 477 rooms and suites and 221 residences.

A spokesman for Viceroy said: “We intend to continue to take all steps necessary to ensure the DIFC Court’s injunction is finally implemented, and we are confident that with the assistance of the local authorities in Dubai, Viceroy will ultimately be reinstated as the manager of the Viceroy Palm Jumeirah Dubai.”

In response, Steven A Marenberg from Five Holdings’ law firm Irel & Manella said: “We would like to state that Five is the legal operator of the hotel pursuant to licenses issued by all the concerned authorities in the emirate of Dubai. We are further advised that there are no outstanding judicial orders of any nature against Five Hotel whether from Dubai Courts or the DIFC Courts.”