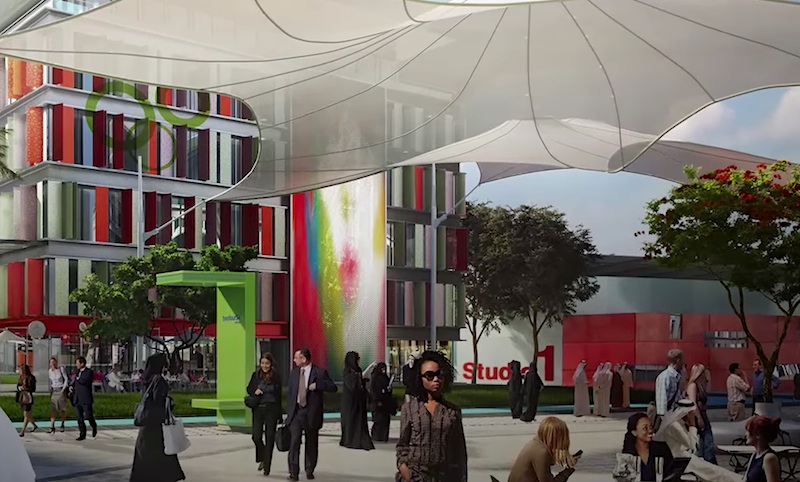 Set to cover an initial gross floor area (GFA) of 95,000 square metres, the new development will feature offices, TV studios and retail. The total area is further expected to expand to over 300,000sqm in the future, a statement said.

The development will be delivered via a build-operate-transfer (BOT) structure.

The first phase of the new freezone is valued at approximately Dhs1bn and aims to attract 10,000 professionals from the media sector, the statement said.

The move will increase the freezone’s capacity by 25 per cent, the statement added.

Mohamed Khalifa Al Mubarak, CEO of Aldar, said: “Aldar has established itself as the developer of choice in Abu Dhabi, and continues to shape the emirate’s skyline. This will be strengthened by the development of twofour54’s new home, which will enhance the investment proposition of the UAE’s capital. This will make it an even more attractive place to do business, and contribute towards the national vision of economic diversification.”

The development, spread across 14 million sq ft, will feature three main areas including: Yas Bay – a public waterfront and entertainment district; the Media Zone – featuring the new campus of twofour54; and the Residences at Yas Bay.

Miral has invested Dhs4bn into the first phase of the development, with work already underway.

The new master development is targeting the addition of 15,000 new residents in Yas Island.

Developer Aldar currently has more than 3,500 homes under development in Yas Island including West Yas, Mayan, Yas Acres and Ansam, with Ansam due for handover later this year.