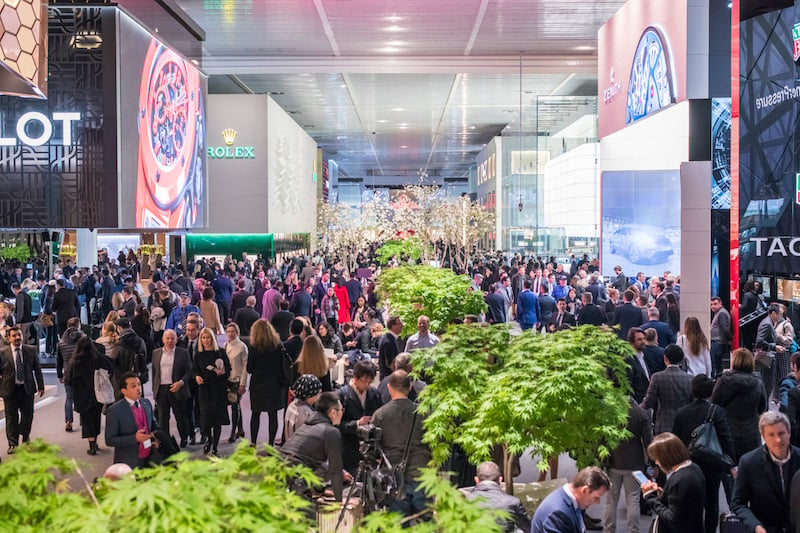 In what is undoubtedly a body blow to Baselworld, the LVMH Group announced that they were withdrawing from the annual mega luxury watch fair effective immediately.

LVMH confirmed that all its brands from within the LVMH Watchmaking Division including TAG Heuer, Hublot and Zenith will not participate in the next scheduled Baselworld event in January 2021.

The fourth watch Maison within the LVMH umbrella – Bvlgari – already announced their departure from the fair in February.

The decision from the LVMH Group comes days after Rolex, Tudor, Patek Philippe, Chanel and Chopard confirmed that they were exiting Baselworld to set up their own watch show in association with the Fondation de la Haute Horlogerie alongside Watches & Wonders.

Read: Rolex, Patek Philippe and Chopard, among others, leave Baselworld

Explaining the decision to leave Baselworld, a statement issued on behalf of the LVMH group read: “The Swiss watch Manufactures of the LVMH Group, including the LVMH Watchmaking Division (TAG Heuer, Hublot and Zenith) and the House of Bvlgari, have taken note of the departure of Rolex, Tudor, Patek Philippe, Chanel and Chopard from the Baselworld show scheduled for January 2021. Within this context of clearly weakened representation of the Swiss watch industry and hence inevitably lower participation, it appears clear to the brands composing the Division and to the House of Bvlgari that they must also withdraw in order to preserve their image and their relations with their clients as well as with the media. They will therefore not be taking part in the 2021 edition of Baselworld.”

The statement added that the group was contemplating the formats to showcase their novelties next year, including the possibility of showcasing its novelties alongside the Watches & Wonders exhibition in April 2021 in Geneva. “We are sorry to have to leave this over hundred-year Baselworld event to which our Maisons have been consistently loyal. We will do our utmost to be present alongside the other prestigious Maisons that will gather in Geneva in April 2021, and thereby meet the requirements of our partners and clients while offering them an unrivalled experience,” said Stéphane Bianchi, CEO Watchmaking Division LVMH.

Jean-Christophe Babin, CEO Bvlgari Group confirmed the decision and added: “We are looking forward to going to Geneva in April 2021, even though we still need to define the terms of our participation, which we will specify in the coming weeks.”

In January this year, key brands from the LVMH stable including Bvlgari, Zenith, Hublot and TAG Heuer held their first-ever watch week in Dubai.