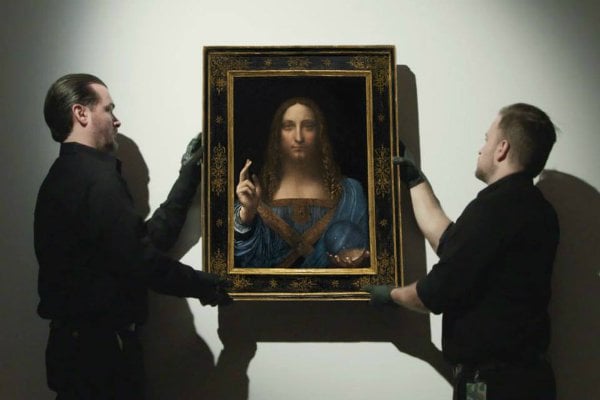 The Louvre Abu Dhabi gallery, which opened last November, previously said it would display the 500-year-old artwork from September 18.

“More details will be announced soon,” it added.

The Department of Culture and Tourism – Abu Dhabi announces the postponement of the unveiling of Leonardo da Vinci’s Salvator Mundi. More details will be announced soon pic.twitter.com/Xpu22n3W1G

The Christ by the Renaissance master smashed artwork auction records in November, almost coinciding with the Louvre Abu Dhabi’s opening, when it was sold for $450m to an unknown buyer.

There was initial speculation that Saudi prince Bader bin Abdullah Al Saud had bought the painting on behalf of the kingdom’s Crown Prince Mohammed bin Salman.

However, it later emerged that the work had come into the possession of Department of Culture and Tourism – Abu Dhabi.

The artwork, which dates from around 1500, is one of only 20 da Vinci’s known to exist.

Prior to its recent record auction, the artwork had an interesting history. King Charles 1 of England was said to have owned it before it disappeared until 1900 when a British collector acquired the work.

The art dealers restored the painting and claimed it was the authentic work of Leonardo himself before it was exhibited across the world and sold at auction by Christie’s.

There was speculation that the Louvre Abu Dhabi could delay the unveiling until its first anniversary on November 8.